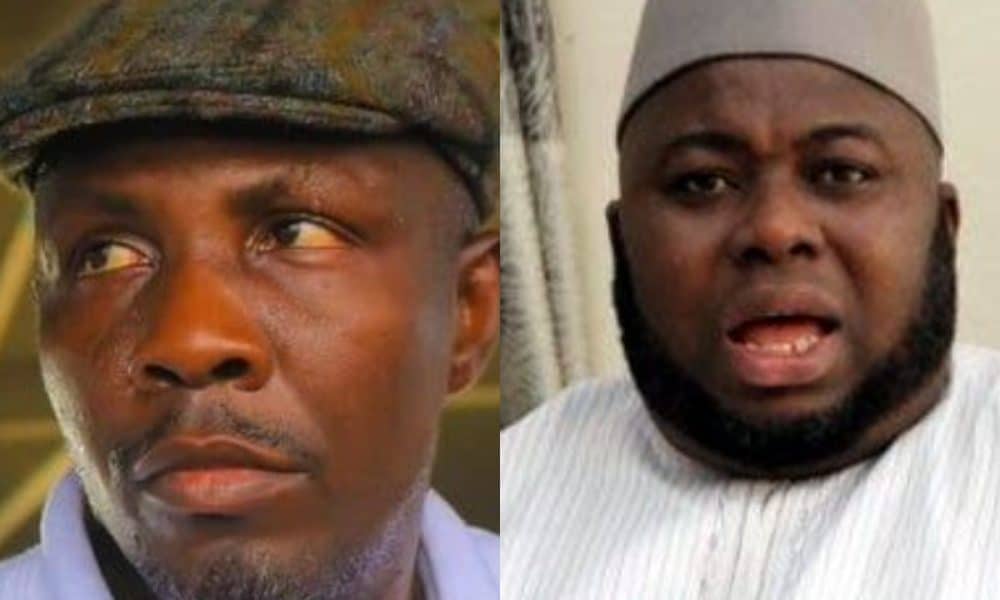 Niger Delta warlord, Asari Dokubo has opposed the decision of the federal government of Nigeria to award the contract for the protection of oil pipelines in the Niger-Delta region to a former militant leader, Government Ekpemupolo, aka, Tompolo.

He said the Minister of State for Petroleum, Timipre Sylva is only trying to cause confusion in the region by giving the entire contract to Tompolo.

According to Dokubo, Tompolo is also greedy by taking all the contracts, vowing not to allow him (Tompolo) access to the 83km pipeline criss-crossing the Kalabari area in Rivers State.

He argued that Sylva is only trying to destabilize the Niger Delta region by giving Tompolo control of the surveillance for all the pipelines in Delta, Bayelsa and Rivers State.

Dokubo declared that Tompolo is not the only one who knows how to eat and accused the Minister of trying to silence him.

According to Dokubo in a viral video via his social media handle in which he spoke about the issue, “You will take pipeline contract in Delta State your place and then you come to Kalabari to take another one saying you are an Ijaw man because you are the only one that knows how to eat.

“You took the ones that belong to Gbaramatu, Itsekiri, Isoko, Urhobo, Kwale, you took all because you are the only one that knows how to eat. You went to Bayelsa and took everything then you came to take the one in Kalabari.

“If Timipre Sylva gave you because he said he wanted to clip my wings as if he were a god. When Sylva was a member of the House of Assembly, did I clip his wings? I am older than Sylva.

“We are making the government to be stable, but he is destabilising the same government he serves. So he brought Tompolo gathered people saying he would buy guns for them. Let them come. I am not boasting, let soldiers bring the Tompolo boys here.

“I am not talking about Rivers. I am saying they cannot take Kalabari. They can take every other place but I won’t allow them take Kalabari. You are collecting over N4.5bn a month for doing nothing. And people are supporting you. You must leave the 82km pipeline for Kalabari. You can’t take it.

“Take all other place but this one in Kalabari, you can’t take it. Have you heard that since we started fighting, army had entered my camp before? But his own within three days Iroko was destroyed and Camp five was destroyed. Till today, army is still occupying Camp five. Army has never entered any of my camps before. I live inside camp close to army people”.

Tompolo Is Not On My Level

Speaking further, Dokubo declared that unlike him, Tompolo is not involved in any struggle for the sake of his people but only out to fill his personal stomach.

He said: “I can’t compare myself to Tompolo. It is unimaginable that I will condescend to the level of Tompolo. Who is Tompolo? What is his antecedent? Don’t allow me open a can of warm.

“He is not even involved in Ijaw people who are fighting like Ogbeh Ijaw. Ogbeh Ijaw had been fighting with Ilaje, has Tompolo gone there before. Is he in Ijaw struggle? Show me one place he has done anything in Ijaw land. So Gbaramatu struggle is Ijaw struggle.

“What development has he brought to his area? Come and see my place and see what is happening there. The Maritime University they fought under Goodluck to bring, up till now is the university recognised by law?”

We Didn’t Give Contract To Tompolo

The Group Chief Executive Officer of the Nigerian National Petroleum Company Limited (NNPCL) Mele Kyari who made this known on Tuesday 30th August, explained that the contract was given to corporate entities.

He however explained that Tompolo has interests in the company that was awarded the contract.