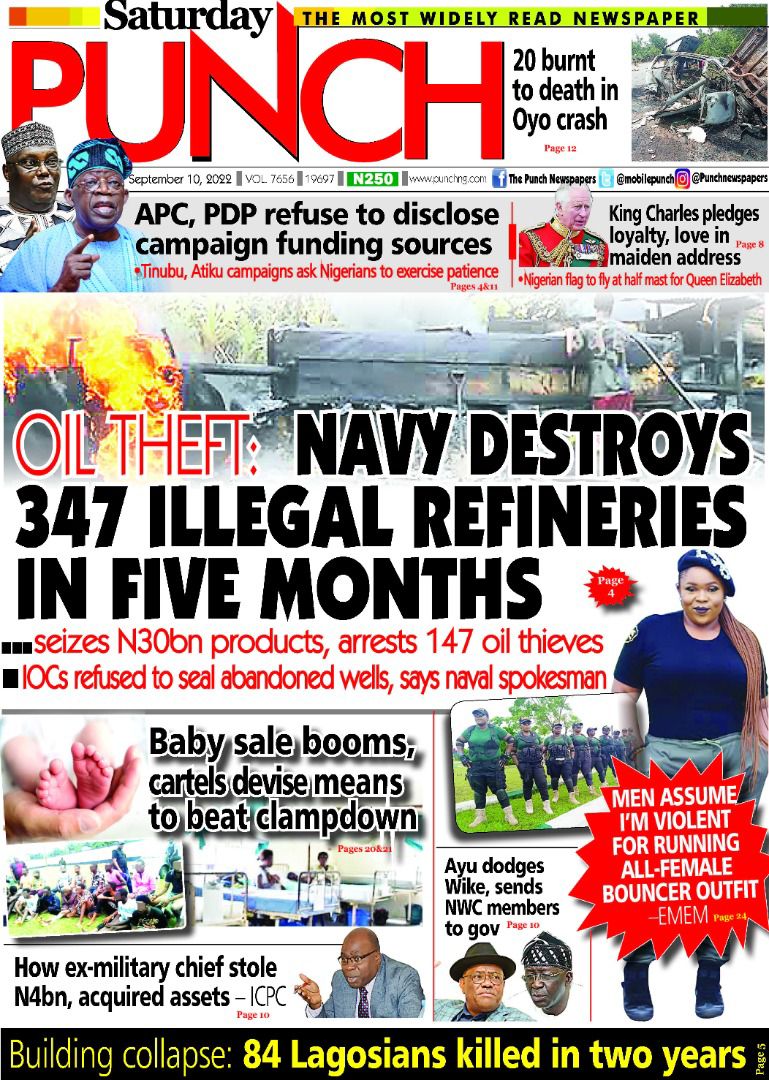 The Guardian: The emergence of Liz Truss as the Prime Minister of the United Kingdom (UK) last Tuesday is fuelling fresh concerns in women’s circle in Nigeria over their low representation in the political space. Truss, 47, is the UK’s 56th prime minister and its third female political leader 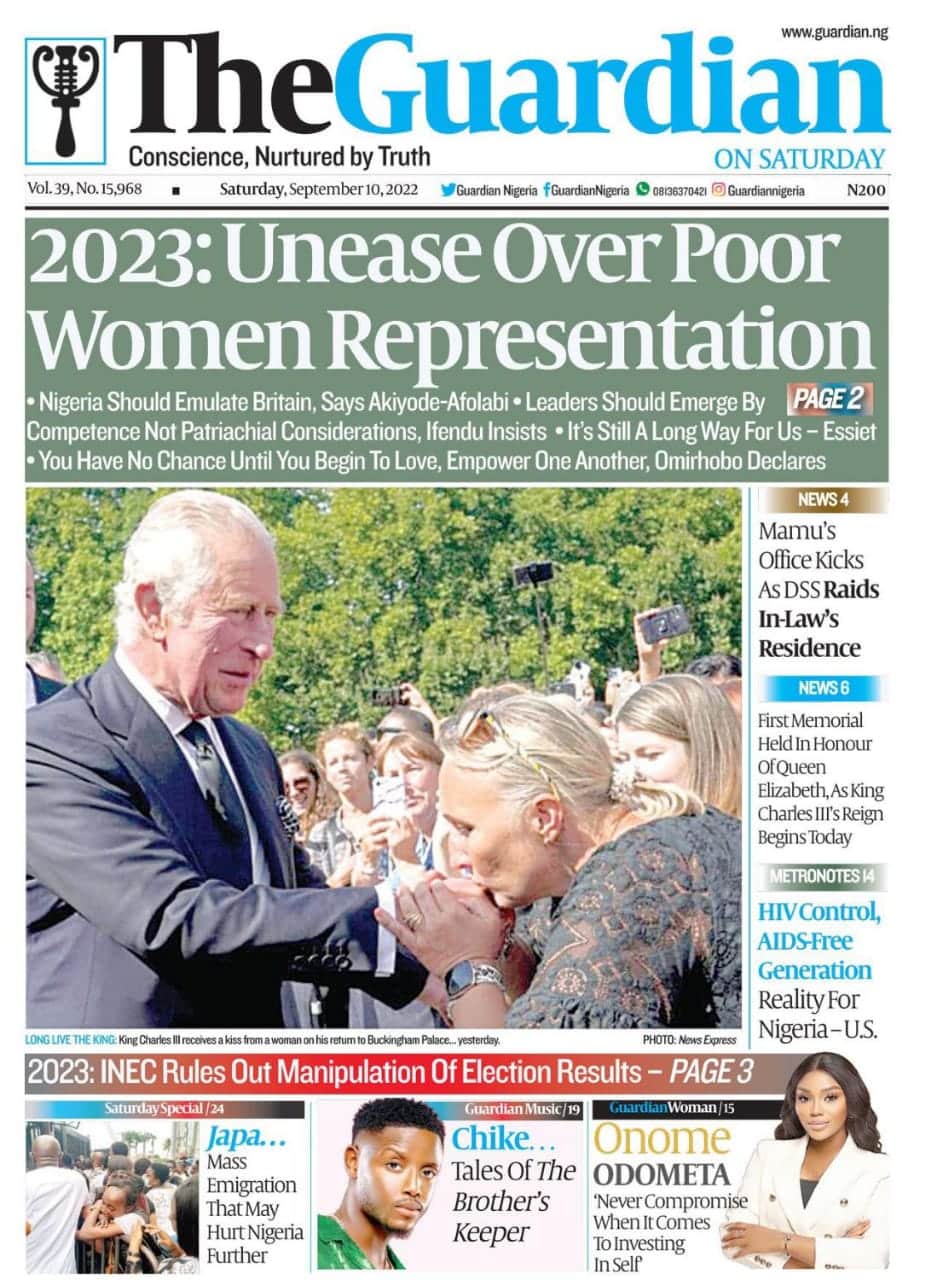 This Day: King Charles III yesterday formally addressed Britons and the Commonwealth for the first time as King, in a pre-recorded address from Buckingham Palace’s Blue Drawing Room.Guns fired, bells tolled and mourning crowds greeted the new King as he led Britain into an uncertain new era. 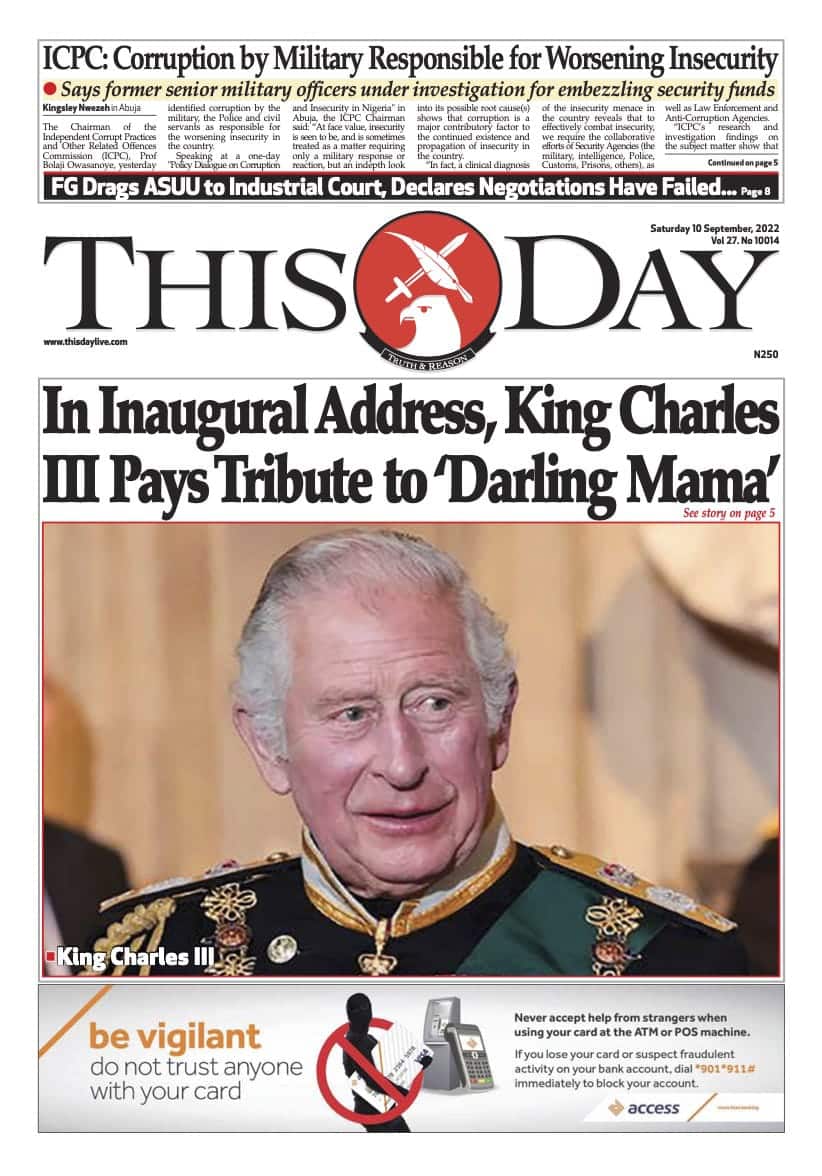 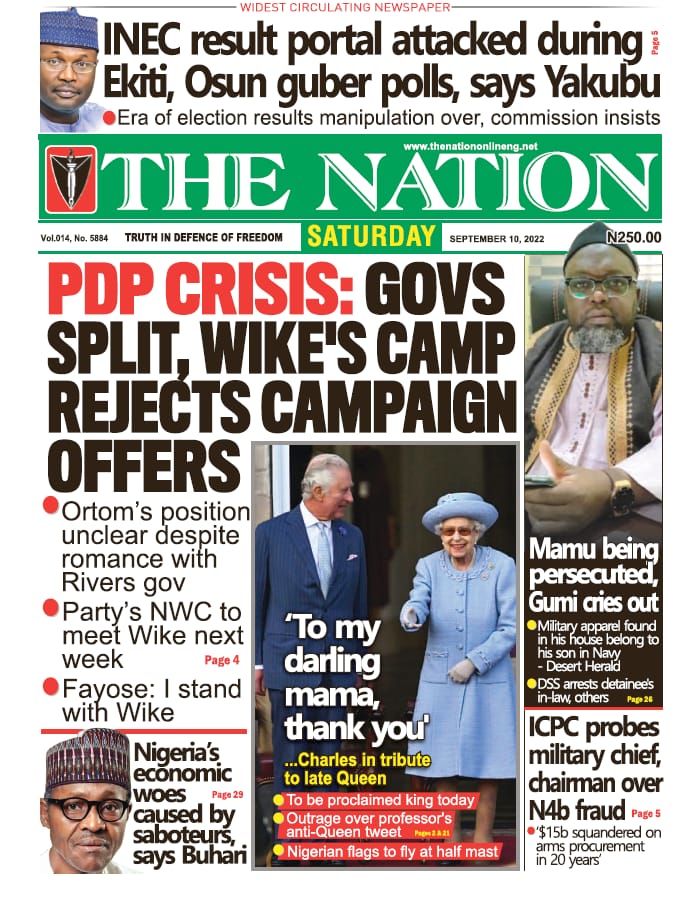 Daily Trust: The visa restriction imposed on Nigerians below 40 years, by the authorities of the United Arab Emirate (UAE) has put businessmen from Nigeria on edge. While it is still early to determine the long-term effect of the restriction, it is sending a shockwave through many businesses that rely on Dubai’s supplies. 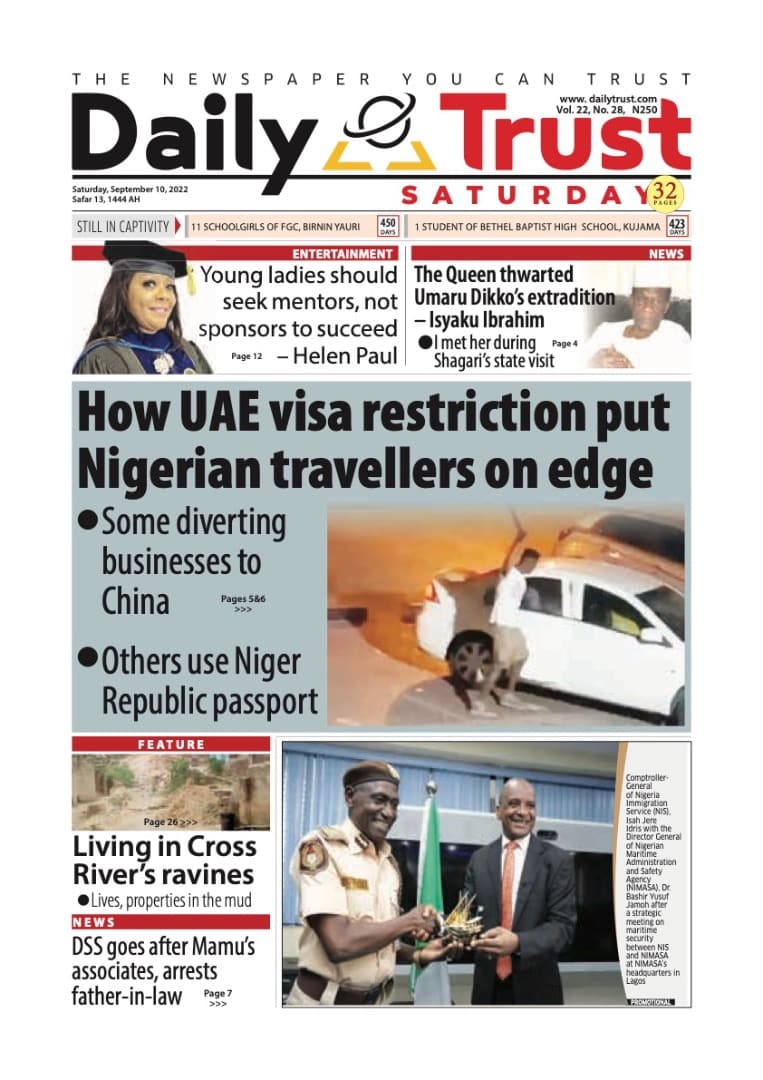