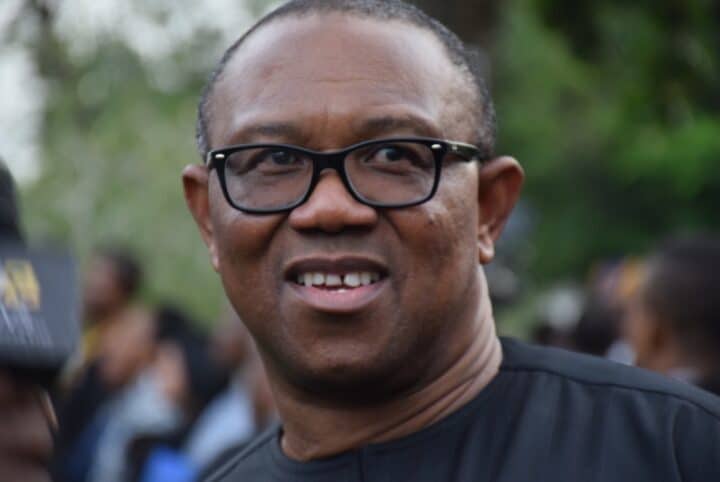 The Labour Party (LP) has refuted allegations that its presidential candidate, Peter Obi, was seeking financial support for his campaign from Nigerians in the Diaspora.

Recall that a group under the aegis of Tinubu-Shettima Connect had called for the disqualification of Obi from the 2023 presidential race for allegedly violating the Electoral Act on campaign funding.

The group had claimed that such funding was not only criminal but illegal using section 85 of the Electoral Act as the basis of their claim.

This came in the wake of a pledge by the party’s diaspora support groups to crowd-fund $150million for Obi, and another N100billion to be sourced from supporters in Nigeria.

Speaking with The PUNCH on Friday, LP spokesman, Abayomi Arabambi, denied claims that Obi sought financial support for his campaign from Nigerians in the diaspora during his recent tour of America and Europe.

Arabambi stated that the former Governor of Anambra State only travelled abroad to engage Nigerians and encourage them to invest in the country.

He said, “First, I must debunk the allegation from the All Progressives Congress and the Peoples Democratic Party that Obi went abroad soliciting funds. We have never solicited any funds from abroad. Rather, he was marketing Nigeria to those in the diaspora.

“Peter Obi went abroad to inform Nigerians that there shall be a new Nigeria and they should come with Foreign Direct Investments and not only remittances they send to their family members back home. He also told them he would build local industries and that Nigeria would be a producing nation rather than a consuming nation, which the APC and PDP have reduced Nigeria to since 1999.”

Speaking further, Arabambi said Obi supporters have taken it upon themselves to cater for the campaign funds by contributing N100 per person to raise funds for its various rallies across the country.

The LP spokesman pointed out that the funding strategy has evolved organically, adding that in some instances, well-meaning Nigerians assist with refreshments

Arabambi, however, disclosed that the party would not exceed the limits set by the Electoral Act.

He said: “For our campaign, the funding strategy has even evolved organically. Let me give you an example, our Obidient Movement in Nigeria contributed N100. That has been the source of funding for all our Obidient ‘one million march’ rallies across the country. During the rally, some food sellers give food and bottles of water or drinks and people are supporting us, which shows they have confidence in Peter Obi.”