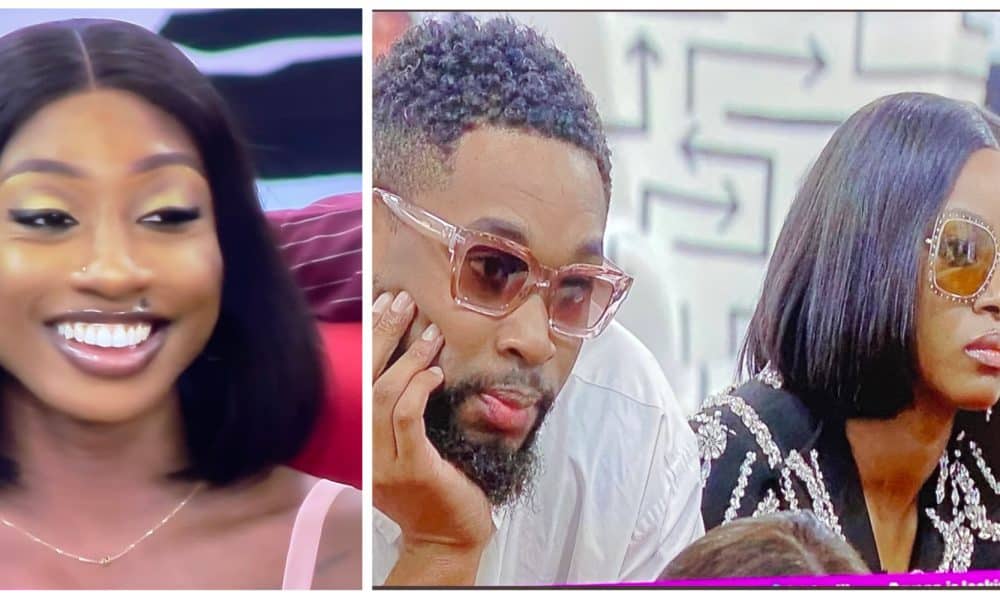 However, Doyin got evicted on Sunday, by the show host, Ebuka Obi-Uchendu, during the live eviction show.

Big Brother also issued Sheggz a strike for disregarding one of the rules of the reality show and failing to perform the tail of the House duties.⁣

Also, his girlfriend, Bella got a strike for throwing a plate of food at Rachel.

Naija News recall that Bella and Rachel got into a heated argument on Wednesday night, with the former pouring food on the table during the outburst.

The fight began when Sheggz attacked Rachel for serving Bella’s food in a particular way and referred to her as stupid.

Without holding back, Rachel who seemed angry with the statement hurled insults at Sheggz and even extended it to his family and generation.

In the midst of the argument, Bella who was offended by Rachel’s harsh words to Sheggz angrily took the food and placed it before her (Rachel) demanding that she collects it.

As tension heightened, Bella’s hand lost control of the plate and she poured the rice on the table which ushered in another phase of intense exchange, with Sheggz vowing to deal with Rachel if she failed to apologise to him.