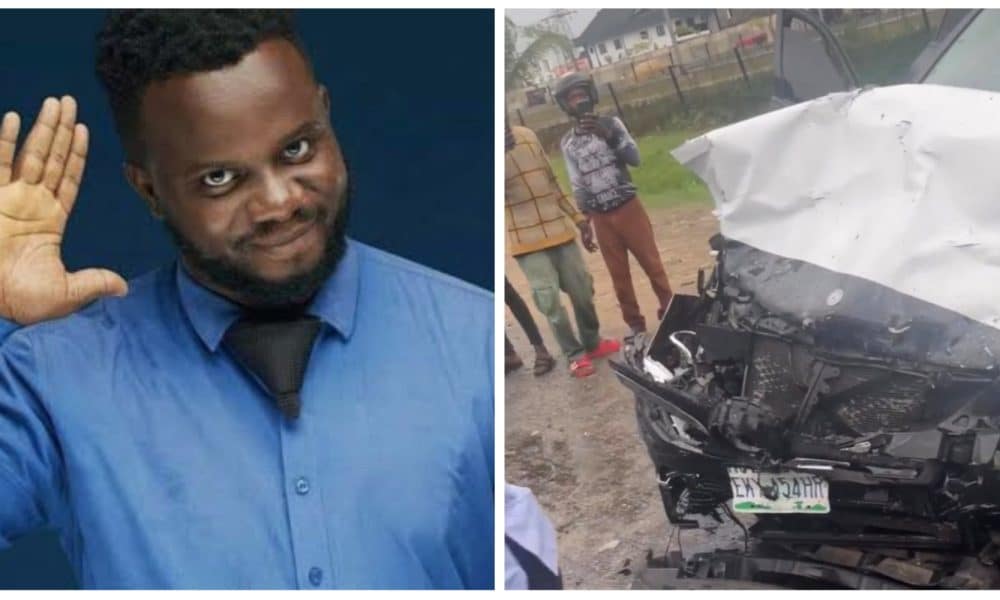 Naija News earlier reported that a video of the crash which happened on Sunday morning started making the rounds on social media.

A social media influencer, identified as Danny, also shared the news on the microblogging platform, Twitter.

According to him, a suspected drunk driver ran into Sabinus’ car from the other side of the road while he was driving home.

Confirming the incident, the comedian stated that he was safe and thanked everyone for the calls and messages.

Speaking further on the dire incident, Sabinus took to Twitter to warn those who drink and drive to desist from the act while also advising that everyone stays safe.

Naija News reports that a video of the secret event which took place in Era Ojo in Lagos is currently making the rounds online.

The video captured the moment, the comedian walked into a compound and knelt down alongside some people who were wearing the ‘Isi Agwu’ Igbo traditional outfit.