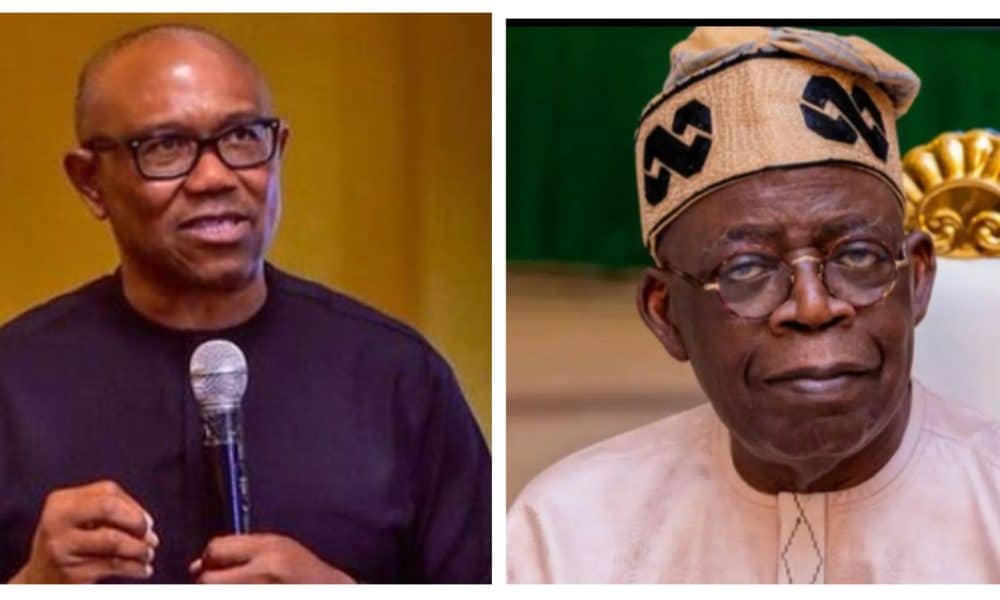 A former Minister of Aviation, Femi Fani-Kayode has stated that the presidential candidate of the Labour Party, Peter Obi, cannot be compared to Bola Tinubu, the presidential flagbearer of the All Progressives Congress (APC).

He stated that comparing both men is like comparing Don Perignon to ogogoro or Cristal champagne to what the people of the Niger Delta call ‘sepe’.

Naija News reports that Fani-Kayode stated this in an article titled, “The Obidients, the Jagaban and the Icarus Syndrome.”

According to him, those comparing the presidential candidate of the APC to the Labour Party are unserious.

Fani-Kayode claimed that Peter Obi was still a trader selling tomato ketchup and Bournvita in 1999 when Tinubu paid his dues and was already running for the Governorship of Lagos State.

He said: “What I find the most irritating and objectionable about the Obidients is not their unadulterated aggression and abusive tendencies but rather their insistence on comparing their leader Peter Obi to Tinubu.

“When Obi was still in kindergarten Bola Ahmed Tinubu was already a very wealthy and successful business man who had worked and invested massively in the oil, gas, hi-tech and communications sector. At that time he was already a dollar millionaire and he invested much of his wealth into politics and the lives of others that were less fortunate than he was.

“When Obi was still in secondary school Bola Ahmed Tinubu was already an integral part of the massive political network and a key figure in the late Major General Shehu Musa Yar’adua’s formidable political family which was known as the People’s Front (PF) together with other notable and seasoned leaders like Babagana Kingibe and Atiku Abubakar.

“They were of course to later join the SDP as a group and they, more than any other, ensured the emergence of Chief MKO Abiola as the presidential flagbearer of that party at their Jos Convention in 1993.

“When Obi was still at University Bola Ahmed Tinubu was in the trenches, fighting military Governments, leading NADECO and risking his life and liberty for the restoration of MKO Abiola’s June 12th mandate, which had been annuled by the military, and for democracy.”

He stated that many of today’s Obidients (the name given to supporters of Peter Obi) were not born at that time Tinubu played an important to give Nigeria democracy.

The former Minister said those of them around and very vocal and active at the time can testify to Tinubu’s efforts.

He stated that Bola Tinubu inspired him and millions of other Nigerians and democrats all over the world with his courage and efforts.

Fani-Kayode said, “Many of our people were killed, incarcerated and driven into exile (including yours truly) and had it not been for the leadership of the following heroes we would still be under the yoke of military rule today.

“I will make this a full and comprehensive list for the benefit of those young Obidients who have no knowledge of our nation’s history and who know nothing about the June 12th struggle.”

Fani-Kayode said Bola Ahmed Tinubu was not just among them, but he was one of those that led them, inspired them and fueled and financed the resistance.

He said, “Outside of that and before the struggle even began, Tinubu had been elected as a Senator during the 3rd Republic in 1992 on the platform of the SDP, recording the highest number of votes for a Senate seat in the entire country! Whilst at the Senate he excelled and was appointed Chairman of the Senate Commitee on Banking and Finance.

“This was just short of a decade before he became Governor of Lagos state in 1999 after the murder of MKO Abiola and the then Head of State, Gen. Sani Abacha, after returning home from exile and after the military were driven away and pushed out of office.

“From 1990 up until today Tinubu has been an active and key player in the political firmament of Nigeria and he has always fought against injustice and tyranny.

“Whilst Obi was still a trader selling tomatoe ketchup and Bournvita in 1999 Bola Ahmed Tinubu had already paid his dues, made his mark and was already running for the Governorship of Lagos state.

“The elders of the South West and Afenifere supported him and rewarded him by ensuring that he won simply because of the noble and dramatic role he played during the June 12th struggle and his role in ensuring that the military left power.”

He continued: “It is a shameful and shameless comparison. It is a tactless, tasteless and nauseating joke. It is a tale told by an idiot, full of sound and fury, signifying nothing! It is an exercise in futility and a pointless and profit less endeavour. Permit me to end this contribution with the following assertions.

“Let the foundations of the earth rumble, let the demons scream, let the lions roar, let the wolves howl and let the sharks run riot. Let the wailers wail, let the bulls of Bashan charge, let the mortals plot and plan, let the orcs shriek, let the goblins grumble and let our adversaries and oppressors “cry havoc and let slip the dogs of war”.