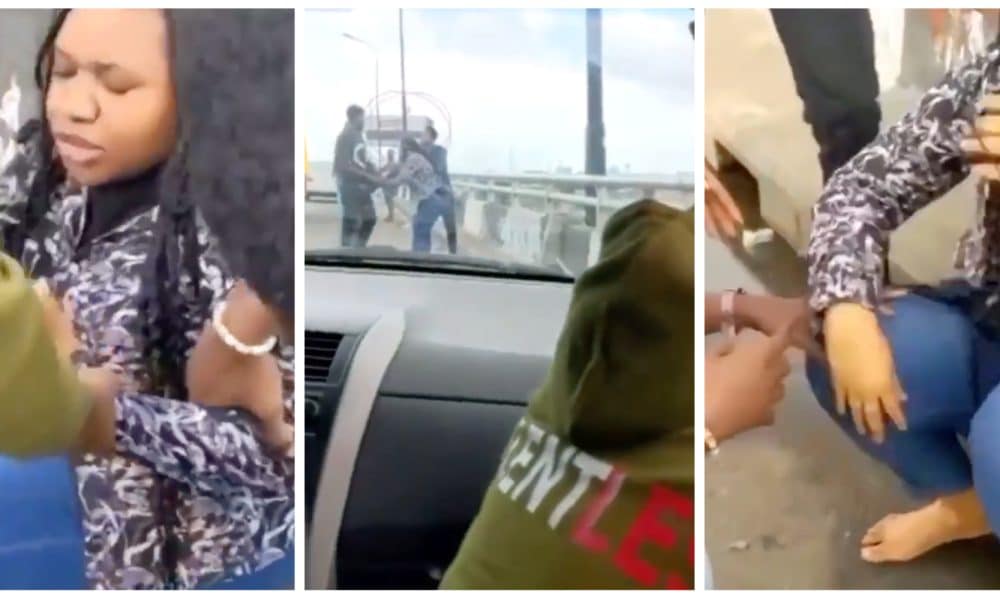 There was a commotion at the Lagos third mainland bridge, on Monday, as a young woman attempted to jump into the lagoon.

Naija News reports that in the video shared online, some Nigerians were seen stopping the lady and pulling her back.

Other concerned citizens who stopped from their cars along the road also raised an alarm calling on people to help the lady.

While she was being made to sit on the ground, many questioned what was wrong with her and why she attempted to commit suicide.

Meanwhile, the alumni association of the Ladoke Akintola University of Technology (LAUTECH), Ogbomosho, Oyo State has presented a cheque of N500,000 to Osunleke Alaba.

This is coming days after Alaba returned his certificate to the school management, claiming that he had not been able to do anything with it.

Alaba in a viral video had claimed that his parents sponsored him in school with loans, adding that his decision to return the certificate is not a stunt.

The skit maker said he asked the school management for a refund so that he could use it to build a meaningful life for himself and his family.

Alaba who described himself as a talent revealed that he won the MTN talent hunt award during his service year in 2016.

He, however, noted that he got the opportunity to do money ritual but rejected the chance.

The LAUTECH graduate added that he is married with two kids and his dad who is 90 years old had been responsible for their upkeep.

Alaba, days after the viral video was shared on his Facebook page said that LAUTECH alumni gave him a cheque of N500,000.