A pathetic drama occurred on Monday morning in Lagos State following the sinking of a one-storey building in the Maryland area of Lagos State after heavy rainfall.

Naija News gathered that the house located at 47 Akinwunmi Street, Akinwunmi North Estate Mende, Maryland, Ikeja started sinking as a result of the heavy rainfall but the landlord of the house managed to escape alone with the help of a ladder.

He however failed to raise a distress alert for the tenants, nine in number, who were trapped in the sinking building but help came for the trapped persons after a call was made to the National Emergency Management Agency (NEMA) from the office of one of the trapped persons.

The spokesperson of NEMA in the South-West Region, Ibrahim Farinloye confirmed the development in a statement, saying a close team moved in immediately to rescue the trapped persons.

He narrated: “NEMA advance team close observations called for more reinforcement of personnel. One of the trapped victims, Ms Blessing disclosed that they are up to nine people mostly women that are trapped.”

“The landlord of the building had used ladder to escape but NEMA questioned him for failure to contact emergency responders but someone from one of the trapped victim’s office contacted NEMA. The Agencies now are LASEMA, State Fire Service and Police Disaster Management Unit. Rescue activities have commenced.”

As at the time of filing this report, trapped persons had been evacuated and moved to safety by the rescue officials.

See some of the photos. 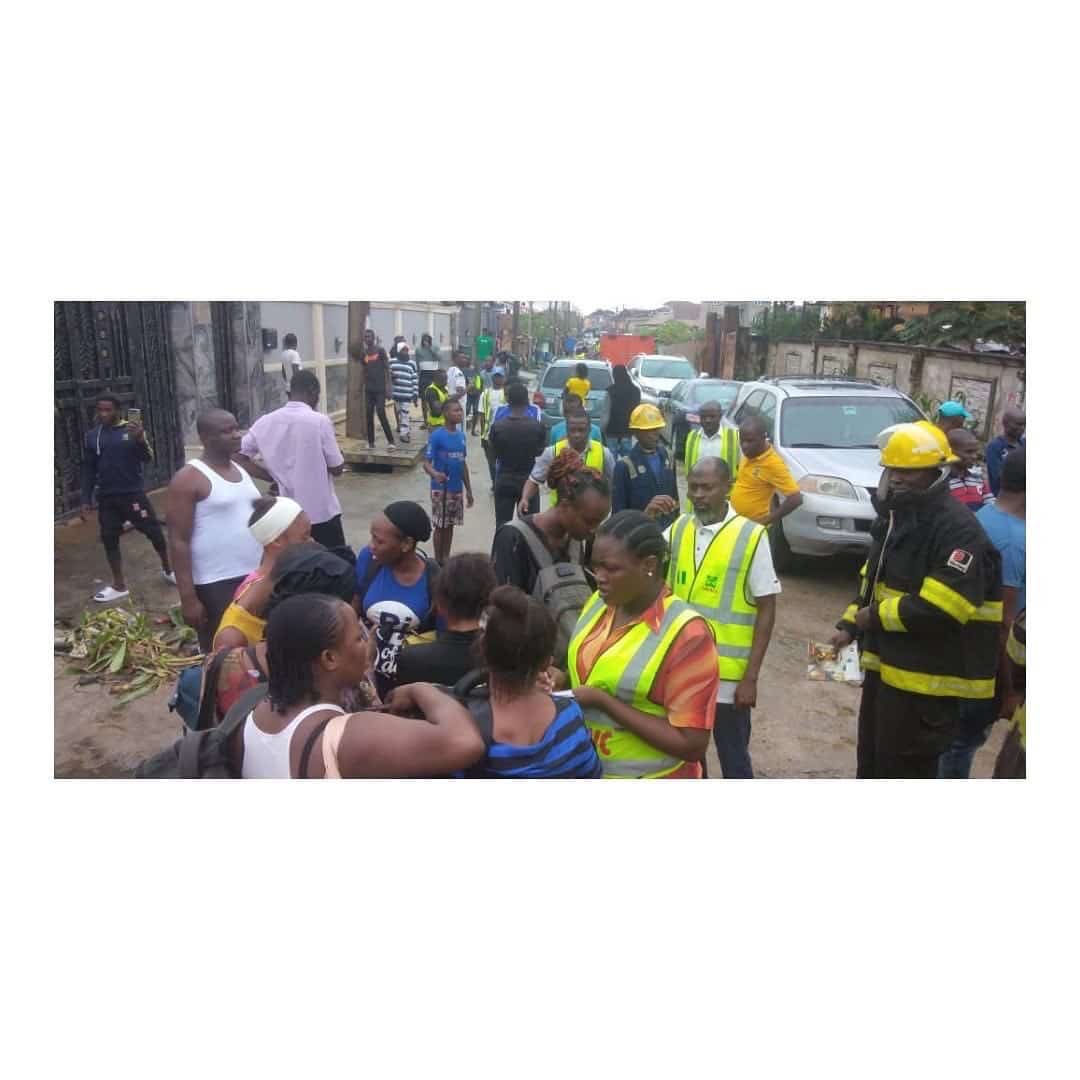 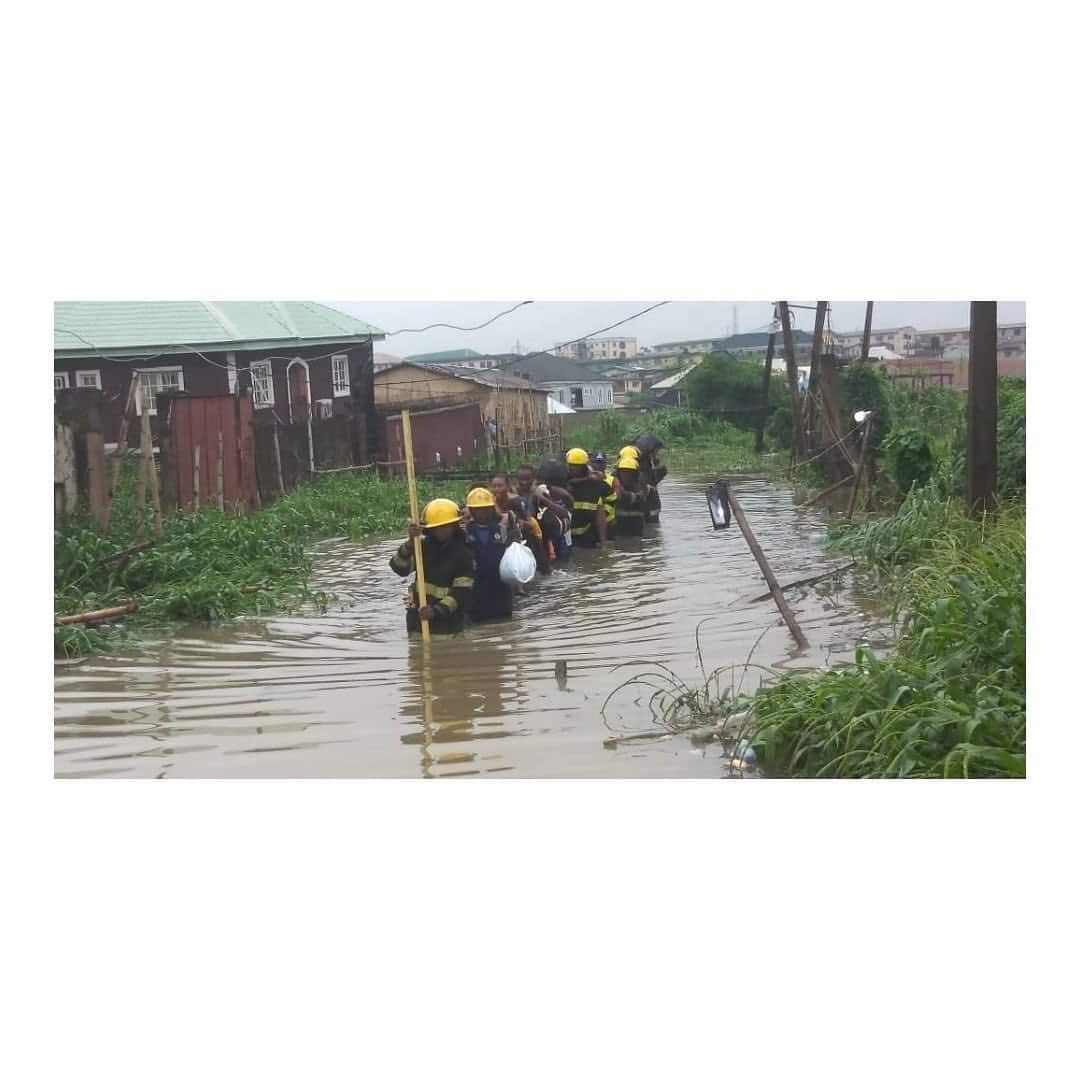 Two children have died after a fence collapsed at Covenant Point Academy at Ajose Street, in the Amukoko area of Lagos State, on Saturday.

Naija News learned that the victims are a three-year-old boy, Samat Saheed and a nine-year-old girl, who is yet to be identified.

It was gathered that the unidentified girl was walking past the front of the school when the fence collapsed and crushed her to death.

Also, Saheed was said to be playing around the fence of the school, close to his mother’s shop when the fence collapsed and killed him.

It was said that the impact of the fence collapse crushed Samat’s head, killing him instantly, while the nine-year-old girl lost consciousness and reportedly died shortly after the incident.