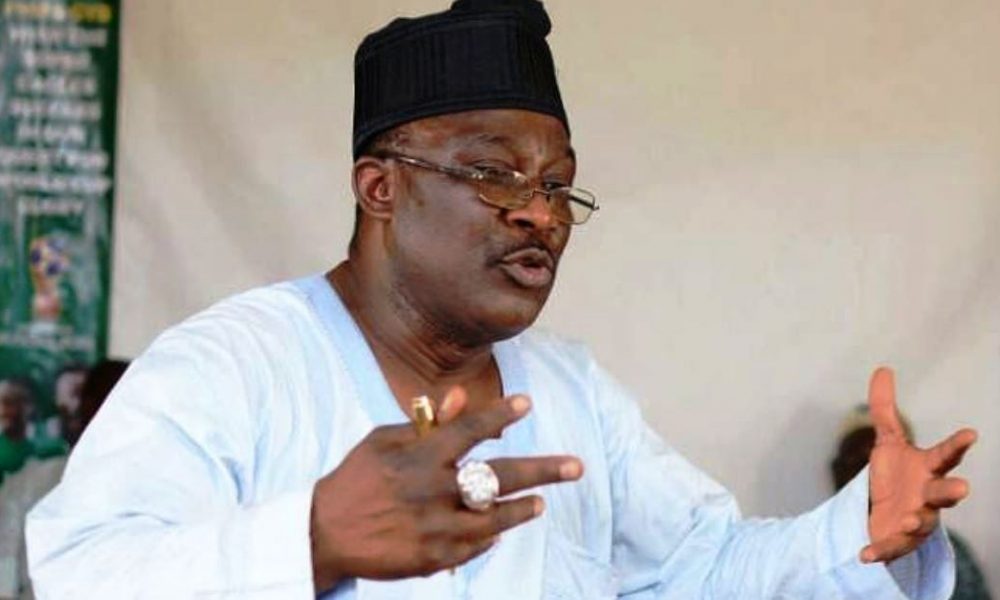 Kogi west senator, Smart Adeyemi has submitted that the Muslim-Muslim ticket put forward by the All Progressives Congress (APC) for the 2023 presidential election is not a bad development.

He argued that it won’t have a negative effect on the fortunes of the APC as those who have objections are already being reached out to by the party leadership to ensure everyone goes into the election with a single purpose.

Naija News understands Senator Adeyemi made the submission while speaking with journalists in Abuja over the weekend and defended the decision of the party to field Asiwaju Bola Tinubu and Senator Kashim Shettima.

According to him, the decision was done in the interest of Nigerians as the APC understood it is the turn of the south to produce the country’s next president.

He argued that unlike the Peoples Democratic Party (PDP) which still picked a northerner in the person of Atiku Abubakar after the eight years of President Muhammadu Buhari, the APC always puts the people first.

The lawmaker added that the party is already liaising with those who may have any misgivings about the Muslim-Muslim ticket and those in the PDP who are not satisfied with a northern candidacy are also welcome to join the APC.

“Insensitivity, it doesn’t matter to them. I want to appeal to those aggrieved in the PDP to cross over to the APC. APC is the only true national party that is available today. We all know the two dichotomies – the North and South.

“There is no crisis and for those aggrieved, the party will get to them, because there is still time to hold consultations and bring people on board.

“The election, we still have about five months ahead. Everybody wants to be part of the APC because that is the winning party, “ Adeyemi said, adding that consultations were ongoing to allay fears of those who have expressed concern over the same-faith ticket.

Defending the Muslim-Muslim ticket of the APC further, Adeyemi insisted that both Tinubu and Shettima are trusted leaders with enviable track records in governance.

He said both of them are not religious bigots but leaders with the interest of the people at heart and ready to work for Nigeria.

He said: “If you look at Tinubu and Shettima, the two of them, have something to offer. For you to assess an individual, you first of all look at his antecedent, what people think about him, what he has said about himself, then you draw a conclusion.

“The antecedent of Asiwaju Bola Ahmed Tinubu, to me, he has the credentials required to govern Nigeria. He succeeded in setting the governorship structure in Lagos where Christians and Muslims rotate governorship, where Igbo, Hausas hold political positions in Lagos. It’s where you see a non-Yoruba person being a member of the Lagos State House of Assembly. And this is what we need in Nigeria. We need to cement this country together. For me Asiwaju laid the foundation.

“Nigeria requires more than ever before unity, fairness, diversification of the economy, safety of lives and property. These are the things required in Nigeria today; he has paid his dues. He was in the trenches fighting for this democracy. There is no aspect of leadership that Asiwaju is lacking.

“If you look at Shettima, I have known him for 13 years now. He is a highly intelligent person, highly cerebral. I don’t see him as a religious bigot, “ Adeyemi added.