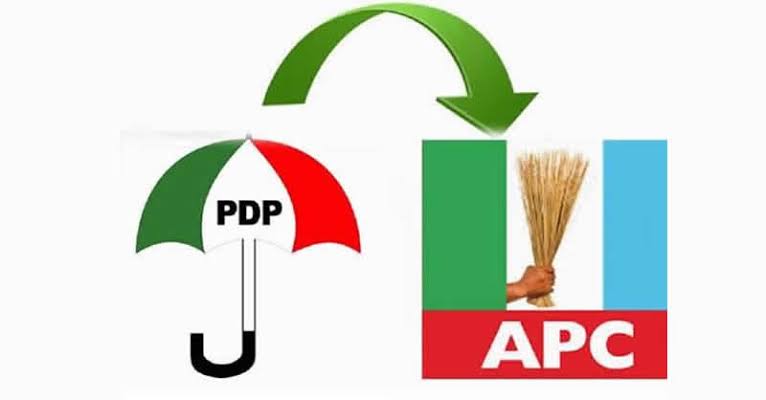 The Kebbi State chapter of the Peoples Democratic Party (PDP) has lost one of its chieftains to the All Progressives Congress (APC) a few months before the 2023 general elections.

Stating his reason for dumping the umbrella camp, Alhaji Jinaidu Wasagu said he suffered injustice and selfishness in PDP.

Naija News understands that Wasagu joined the ruling party alongside eight ex-PDP ward chairmen, secretaries, youths and women leaders who are loyal to him.

The indigenes of Danko/Wasagu Local Government Area of the state were received into the APC camp on Monday by the state APC Chairman, Alhaji Abubakar Kana.

In his address at the welcoming ceremony, Kana congratulated the defectors, describing their decision as a monumental political development in the state ahead of the 2023 general elections.

He assured them of inclusiveness in all the affairs of the APC as bonafide members of the party.

“It is that kind gesture from him that facilitated the mass movement of the people to the party,” he said.

Kana assured the new members of equal treatment, justice and a level playing ground in the party.

In his remark after they were received into the APC fold, Wasagu said: “I have come along with eight party chairmen, secretaries and scores of executive officials of the PDP in Danko/Wasagu LGA.

“The entreaties of Gov. Atiku Bagudu and the APC governorship candidate, Alhaji Nasiru Idris, who has shown them love and kindness even being in the opposition party, motivated us to dump PDP and join APC.

“Also, I have not joined the party for material gains but because of the injustice and selfishness in PDP, and the justice and selfless service the APC and its leaders have demonstrated in the last seven years in the state.”

Wasagu assured that more of his supporters would join the party not only from Danko/Wasagu LGA but also from Zuru Emirate.