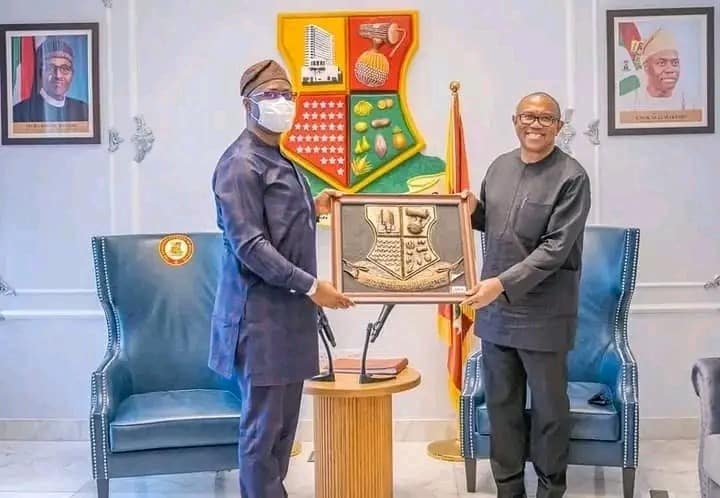 The Presidential candidate of the Labour Party (LP), Peter Obi on Tuesday visited the Governor of Oyo State, Seyi Makinde.

The former Governor of Anambra State who is the Pro-Chancellor of Dominican University led other team members of the University on a courtesy visit to Governor Makinde.

Obi is hoping to take over power from President Muhammadu Buhari at the end of his tenure in 2023.

At the time of filing this report the details of the meeting have not been disclosed.

See pictures from the visit below: 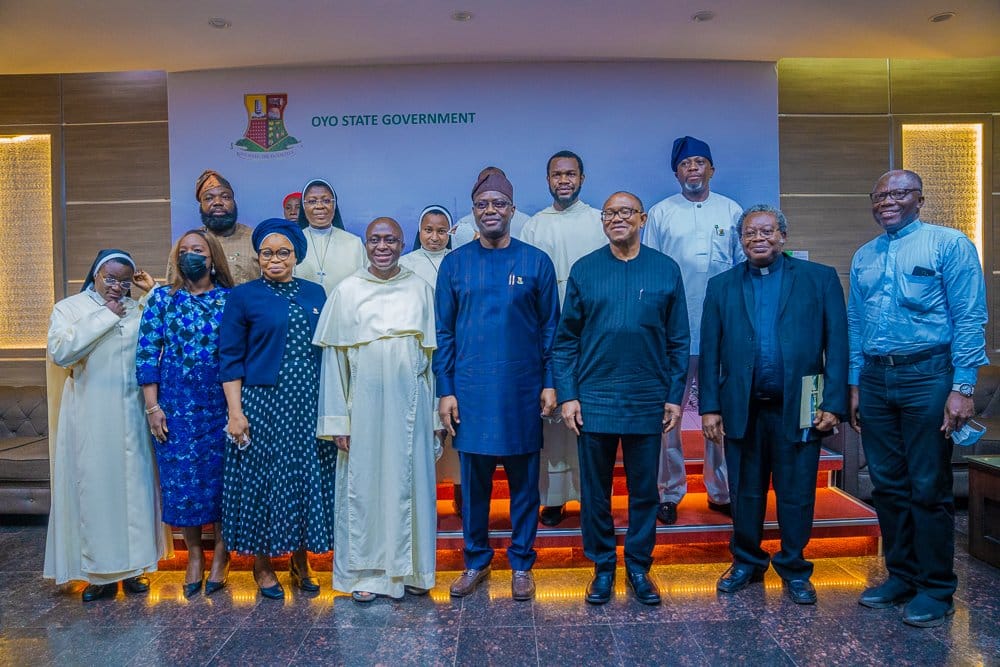 2023: Peter Obi Made Labour Party Popular, He May Win Without Structure

A political analyst in Zamfara State, Umar Mohammed has submitted that the candidate of the Labour Party (LP), Peter Obi may shock many people and win the 2023 presidential election.

He pointed out that though his party does not have a recognized structure or functional offices in many states of the federation, Obi has won the support and admiration of many Nigerians.

Mohammed added that the crisis rocking the two major parties in the country – the Peoples Democratic Party (PDP) and the All Progressives Congress (APC) may just give the former Anambra State Governor the edge in the forthcoming elections.

Speaking during a chat with Daily Post, the analyst submitted that it is obvious Obi gave popularity to the Labour Party and has been making great waves ahead of the 2023 polls.