BBNaija S7: Bella, Phyna Hurl Hurtful Words At Each Other, Take Nasty Swipes At Their Various Backgrounds In A Fight 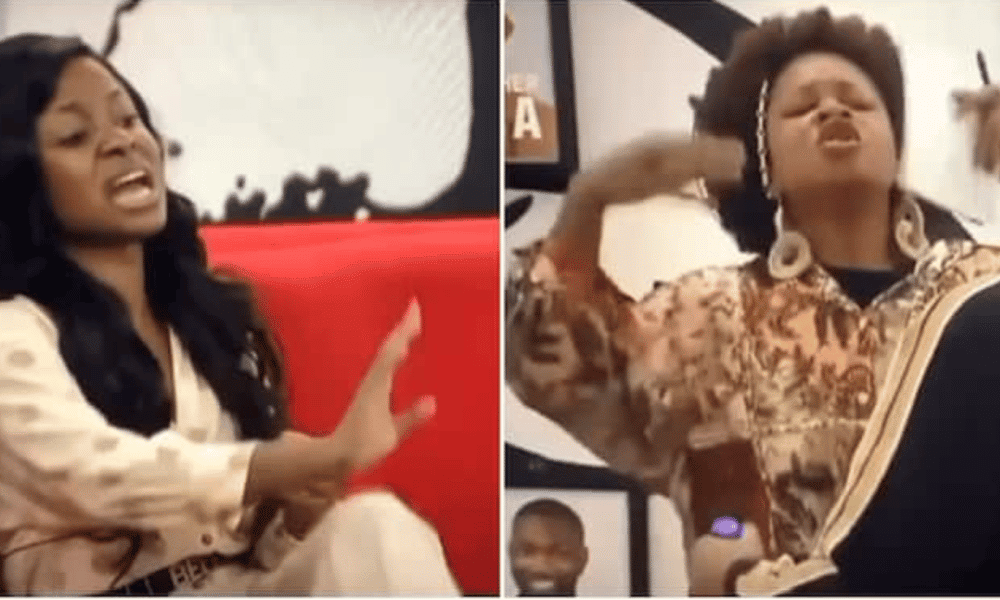 Naija News reports that the shouting match broke out after the Head of House, Phyna, convened a general meeting to discuss their weekly wager task.

Instead of focusing on the task ahead, Bella wanted the housemates to discuss the issue of foodstuff which they personally bought and this didn’t sit well with Phyna.

The HOH insist that there should be no other discussion in the meeting aside from the wager task but Bella responded by saying nobody can tell her what to talk about in the house.

She further made a nasty comment saying: “HoH my foot” which infuriated Phyna and she called her ‘stupid’.

The two ladies started hurling hurtful words at each other and took nasty swipes at their various backgrounds.

Things escalated between the duo as Sheggz stepped in to defend his girlfriend which didn’t sit well with Groovy, Phyna’s love interest.

While the altercation was ongoing, other housemates gathered to settle the issue so they could concentrate on their wager task.