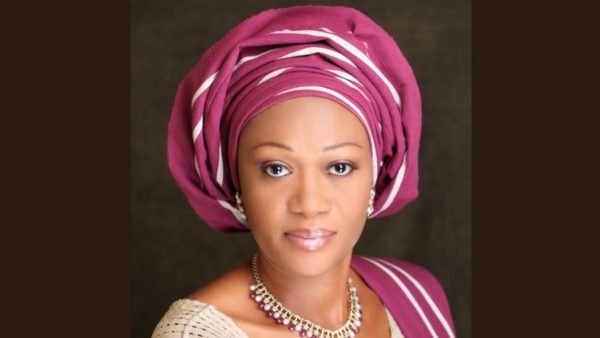 Naija News reports that the Director-General of the APC Presidential Campaign Council met behind closed doors with both women on Wednesday at the Tinubu Campaign Headquarters in Abuja.

In a statement released after the meeting by his spokesman, Macham Makut, Governor Lalong said the women were at campaign headquarters to strategise on the participation of women in the forthcoming campaigns.

Lalong said Tinubu asked the presidential council to carry the women in the party along in order to play a greater role in the emergence of the former Governor of Lagos State as the next President.

He added that the women informed him of the ongoing mobilisation of various women support groups for Tinubu/Shettima as well as engagement at the grassroots.

The statement reads: “Senator Oluremi Tinubu informed the Director-General that they were at the Headquarters to strategise on the participation of women in the forthcoming campaigns in line with the decision of the APC to carry all women along by ensuring that they play a greater role in delivering the presidential candidate and other candidates of the party.

“She also intimated Governor Lalong of the ongoing mobilisation of various women supports groups for Tinubu/Shettima as well as engagement, particularly at the grassroots which will prove very crucial to the victory of the APC during the elections.”

The statement said Lalong assured the women that the council has mapped out a campaign plan that would involve the youths and women.

It added that the presidential council would give the women leaders all the support to enable them to mobilise women in all parts of the country.

The statement said: “Governor Lalong welcomed them to the Tinubu/Shettima Campaign Headquarters and assured them that the APC Presidential Campaign Council working with Tinubu, had put in place a plan for a robust campaign that would deeply involve women and youths.

“He noted that women constituted a large voting force in Nigeria and many of them were passionate about the APC as well as Tinubu and Shettima who had, over the years, invested so many resources, time and programmes to empower women.

“Lalong promised them that the campaign council would give them all the support to enable them to mobilise women in all parts of the country, particularly at the grassroots for the success of the Tinubu/Shettima ticket and the APC in general.

“The Director-General and his guests also went round the Campaign Office to see ongoing work at the headquarters.”

APC chieftains present at the meeting are the Secretary of the campaign council, Hon. James Faleke, Assistant Secretary, Christopher Tarfa, and Chief of Staff to the DG, Hon. Yakubu Dati.