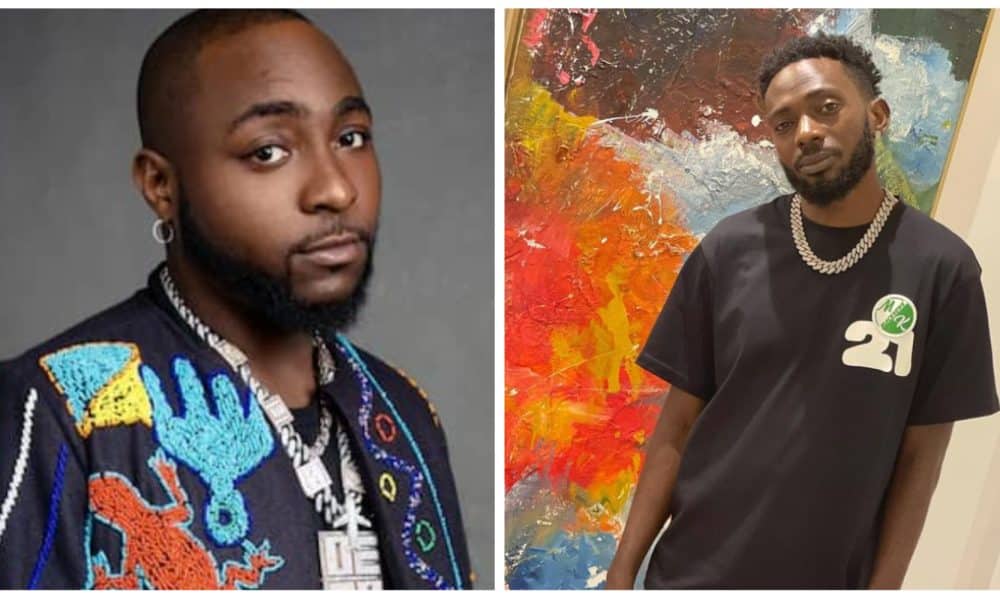 Nigerian singer, Akinmayokun Awodumila, popularly known as May D, has bragged about bringing the Amapiano genre of music to the Nigerian music industry.

Naija News earlier reported that Amapiano is a style of house music that emerged in South Africa in 2012 and it is a hybrid of deep house, jazz, and lounge music characterized by synths, airy pads, and wide percussive basslines.

May D’s claim comes a few hours after Davido dragged South African Record Producer, DJ Maphorisa for downplaying his role in the success of Amapiano music in Africa and giving his credit to Wizkid and Burna Boy.

However, May D, in a post shared on Twitter, said he brought the genre of music to Nigeria and there are awards to prove his point.

He further laid claims to starting Nigeria-South African collaboration, adding that Davido was next to him.

He tweeted: “Na me bring amapiano come Naija, and I have awards to prove that! We started the Naija South African collaboration!

The comedian in a series of posts on his social media space mentioned the love and kindness his mother showed to him while alive.

Seyi Law in one of the posts wrote, “My dear mother, my darling queen is gone. I saw a flash of light enter my room, I saw a full moon and then, my phone rang that my beloved Queen has ended her journey.”

He appreciated his mother for speaking with his wife, and kids (Tifeoluwa and Tiwaloluwa) before breathing her last breath.

The comedian expressed his gratitude to his mother for encouraging him before passing away.