Just In: Atiku, Makinde, Other PDP Chieftains In Closed-door Meeting 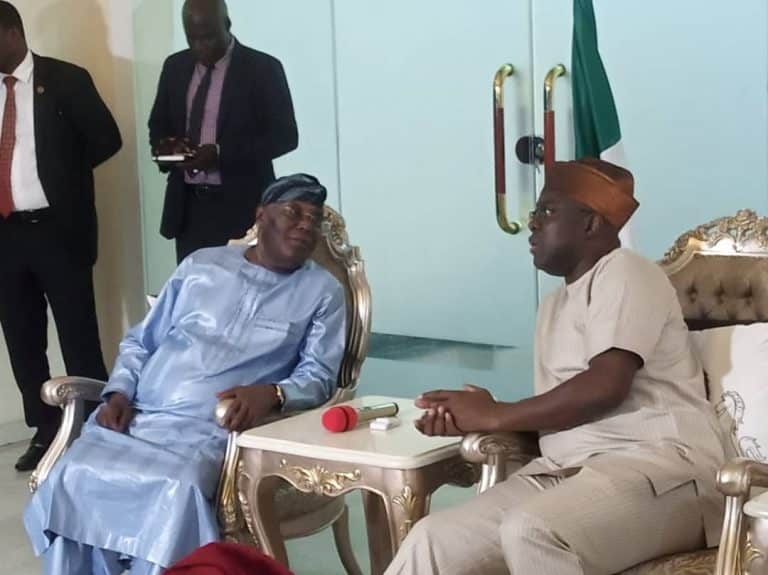 Naija News had reported earlier that the Wazirin Adamawa embarked on a visit to Southwest states.

The presidential hopeful had a stop in Lagos yesterday where he spoke at an event titled: “Private Sector Economic Forum’ ahead of the 2023 presidential election that was held at the Commerce House, 1 Idowu Taylor Street, Victoria Island.

Hours after the event in Lagos, Atiku travelled down to Ibadan where he was received by Governor Seyi Makinde ahead of the party stakeholder’s meeting.

Other party chieftains who are said to have arrived at the venue of the meeting include Osun State Governor-elect, Ademola Adeleke; Sokoto State governor, Aminu Tambuwal; the former Ondo State governor, Olusegun Mimiko, and the governorship candidate PDP in Ogun state, Ladi Adebutu, among other notable dignitaries.

The PDP leaders according to reports are currently in a closed-door session where topmost on the agenda including solving the crisis in the party among others would be discussed ahead of next year’s general election.