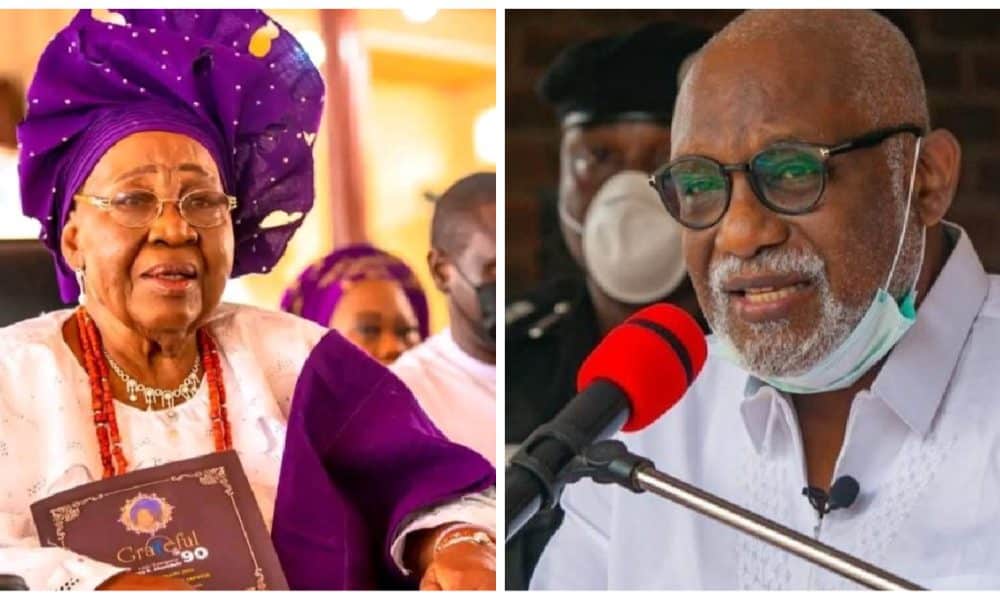 The executive Governor of Ondo State, Oluwarotimi Akeredolu, has announced the death of his beloved mother, Evangelist Grace Akeredolu.

Naija News understands that the governor’s mother passed away not long after celebrating her 90th birthday.

Akeredolu took to his microblogging platform, Twitter, to announce the sad development on Thursday morning.

The All Progressives Congress (APC) governor noted in his caption that their mother died while having a peaceful sleep.

Akeredolu wrote: “My siblings and I announce, with the deepest regret and total submission to the will of the Almighty, the passing into the glory of our adorable, dutiful and ever dotting mother, Lady Evangelist Grace Bosede Akeredolu, this morning.

“She died peacefully in her sleep.”

In another statement made available to newsmen earlier, the chief press secretary (CPS) to the governor, Richard Olatunde confirmed that the governor’s mother passed away in her sleep early Thursday morning.

Olatunde added further announcements will be made by the family in due course.