The American news channel, CNN scheduled interview with the presidential candidate of the Labour Party (LP), Peter Obi has finally held after a series of cancellations.

Recall, Obi’s interview with CNN’s Zane Asher was initially scheduled for the 3rd of September, 2022, but failed to hold as it was moved to the 6th of September, but was unfortunately cancelled after a feature documentary on the British next prime minister, Liz Truss, aired instead.

However, after a series of cancellations, a check on the American media corporation’s channel showed the former governor of Anambra state on screen talking about insecurity in Nigeria with Zane pm Friday evening. 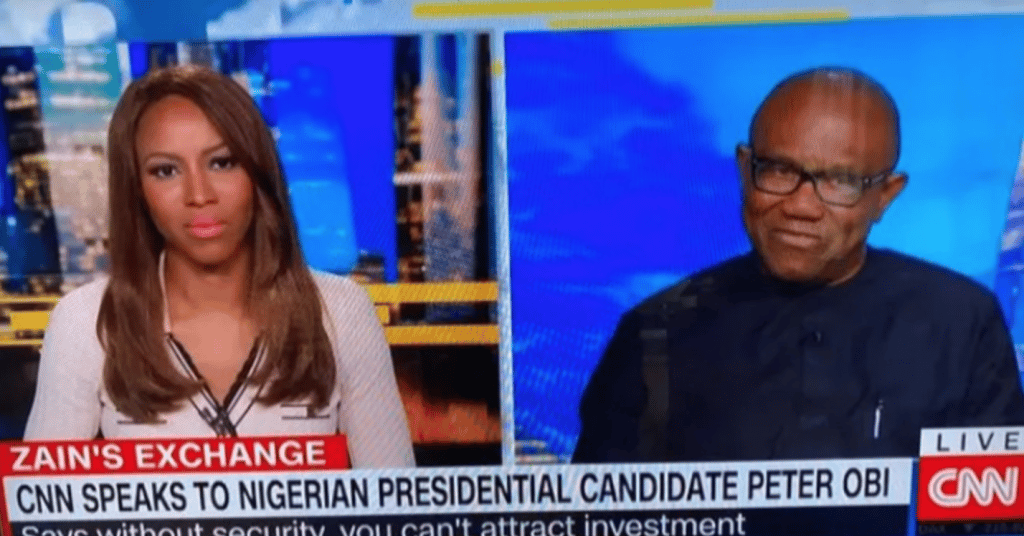 Meanwhile, Peter Obi has reacted to the poll predicting his emergence as the next President of Nigeria in 2023.

Reacting to the development, Peter Obi, in a statement by his campaign office on Friday, described the outcome of the NOI opinion poll as an “energizer” ahead of the September 28 official commencement of presidential campaigns.
Obi further urged his followers to remain relentless, noting that the poll was an “energiser for the obidient family to do more work ahead of 2023 elections. For us in Obidient family, our primary task is to take back Nigeria and rebuild it. To achieve this herculean mission, every observation either in the inform of surveys or public criticisms about our efforts are a welcome development as such views provide us with further knowledge of our weaknesses and strengths.