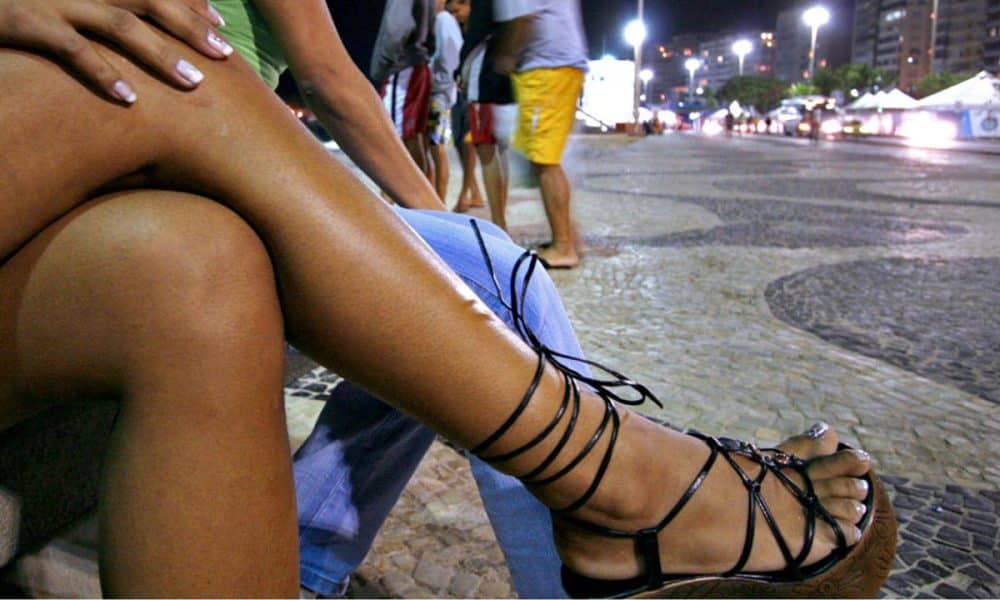 The Lagos Police Command has arrested a male sex worker fronting as a woman in Ikeja, the capital city.

According to reports, the cross-dresser, who is a native of Okrika in Rivers State was nabbed by a soldier who handed him over to the Police.

The soldier had accosted the male sex worker at one of the hookup joints in Ikeja after discovering he was a male and not female.

The cross-dresser was said to have attempted to escape but was immediately held down by the uniformed man.

After he was uncovered, the cross-dresser during interrogation admitted that he is a man.

He said that he venture into cross-dressing because he needed money to pay for his sick mother who was involved in an accident and needed money to undergo an operation in Port Harcourt.

He confessed that he started the trade two months ago, adding that he is based in Lagos and usually plies his trade at night by standing by the roadside, waiting for ‘customers’.

Meanwhile, a man identified as Chuks Ikenna committed suicide after another man impregnated his girlfriend in Niger state.

The incident reportedly occurred on Thursday morning at his residence in the Dwakoro area in Suleja LGA of Niger State.

A resident, John Adeleye, told Daily Trust that Ikenna who is an auto mechanic became desolate when he found out that his lover had cheated on him and was pregnant.

He explained that the deceased had jokingly told people he would commit suicide, but no one took him seriously.

Ikenna’s body was later found with an empty bottle of ‘otapiapia’ and a suicide note.