Why I Dine With Secular Artist, Davido – Pastor Adegboyega Spills 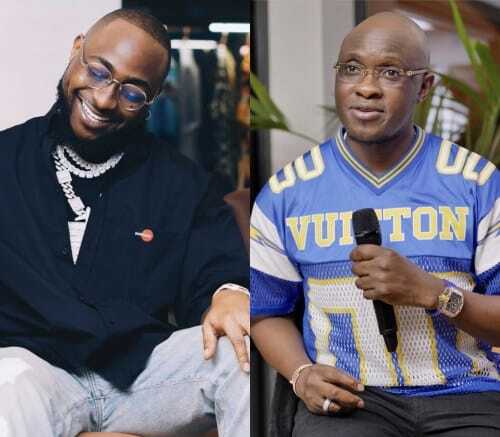 A United Kingdom-based Nigerian pastor, Tobi Adegboyega, has given reasons why he hangs out with the secular artist, Davido.

Adegboyega, who has been in the news for different controversies expressed his fondness for pop culture and genuine love for Nigerian singer, Davido.

He further explained the video in which Davido was captured spraying money on him.

He noted that despite being a pastor, he is also allowed to be human and like other humans, he honoured an invitation by a pastor, in which Davido was invited and the singer saw him and decided to spray on him.

He said; “I love Davido, and I think I am still allowed to be human, right? These churches invite pastors and give them honorariums. Our honorarium is that when a person comes all the way, I don’t know where David was coming from at the time or in some other country. He heard that one of our pastors was having a wedding, so he decided to come.

“In our tradition, if you go to parties, people spray money, maybe it’s the Yoruba culture, I don’t know if the Igbos or others do it but see, they spray money, so for me, it wasn’t meant for the video”. the cleric stated.