Bandits Moving From North West To Our Region – North-East Govs 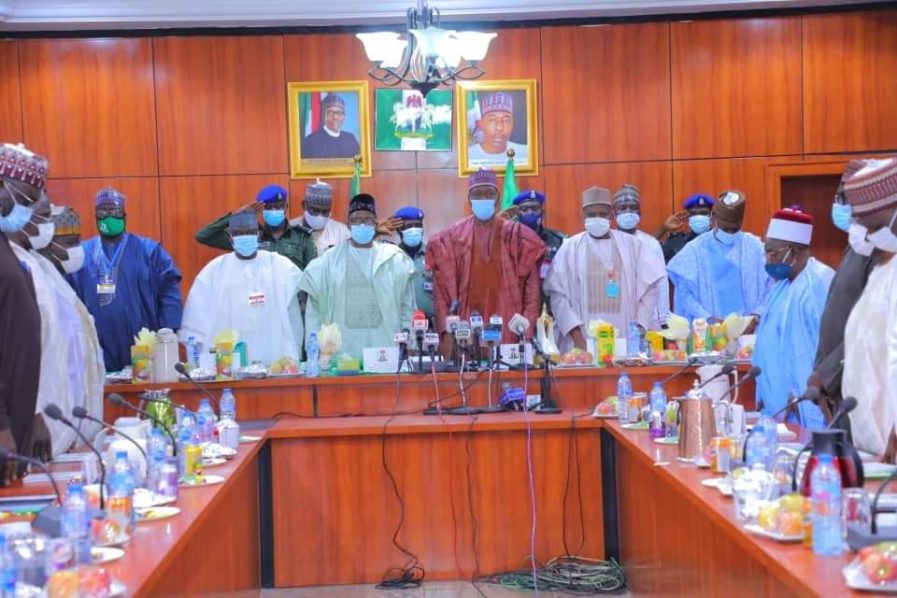 The North-East Governors’ Forum has raised an alarm over the mass movement of bandit terrorists from the North West to the region.

The forum stated that the relocation of the bandits to the North West has affected the relative peace in the region and called on the Federal Government to come to their aid.

Naija News reports that the governors made this known in a communique released after the seventh meeting of the forum held in Gombe on Friday night.

The governors said the bombardment of the bandits by the Nigerian military led to the mass movement of the bandits to the region, saying that there is an urgent need to launch a coordinated security road map to dismantle the criminals.

According to the forum, there is a nexus between mining activities and insecurity, stressing the need for strict compliance with the Land Use Act.

The communique partly read, “The forum lauded President Muhammadu Buhari and the security agencies for their effort in combating the Boko Haram insurgency. It noted the improvement in the security situation in the region which had largely been achieved through kinetic and non-kinetic measures.

“The forum noted the relative peace being experienced in the sub-region, especially the reduced incidences of farmer-herder clashes, as encouraging. However, there is increasing vulnerability of the region to insecurity due to the mass movement of the bandits who are gradually being pushed out of the North-West by the security forces. On the influx of bandits, there is an urgent need to launch a coordinated security road map in conjunction with the security agencies and the Federal Government.

“The forum noted the link between mining activities and insecurity, especially the abuse of the mining leases. It, therefore, resolved to ensure strict compliance with the provisions of the Land Use Act.”

The governors also condemned the power distribution in the region estimated at five per cent, adding that the Federal Government should expedite action towards harnessing the potential of the Mambila power project.

Governors present at the meeting are that of Adamawa, Bauchi, Borno Gombe, and Yobe states, while Taraba State governor, Darius Ishaku, was represented at its seventh meeting held in Gombe.