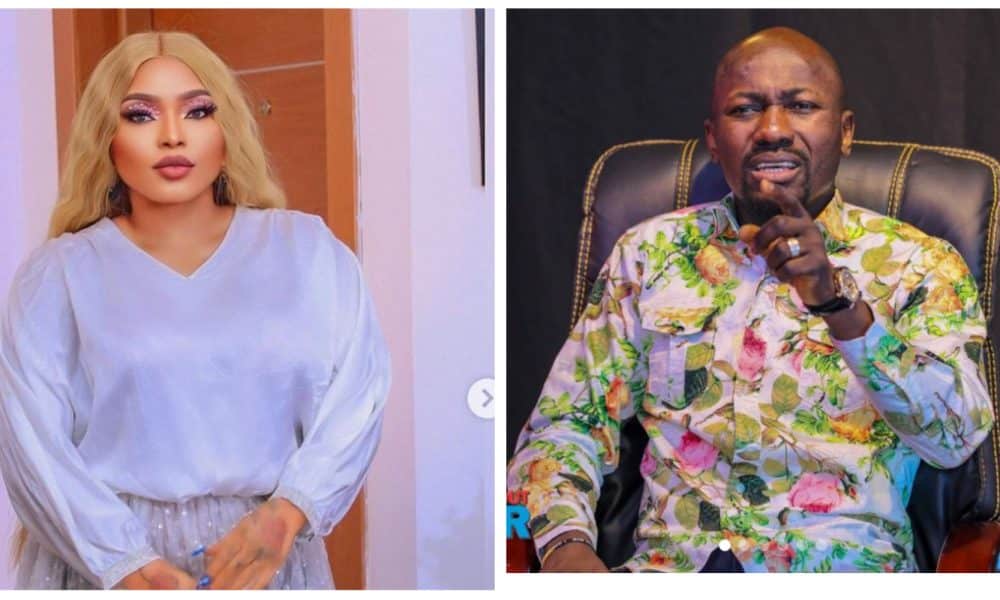 Nollywood actress, Halima Abubakar, has opened up about her relationship with the General Overseer of the Omega Fire Ministeries, Apostle Johnson Suleman.

Naija News recalls that Halima and many other female Nigerian celebrities made headlines a few months ago, over their alleged romantic relationship with Suleiman.

However, Halima in a series of posts shared on Instagram owned up to her mistakes, saying she will not lie anymore.

Giving reasons, why she had a relationship with the clergyman, Halima refutes claims of knowing that Suleiman was married.

According to her, the controversial pastor only told her that he was separated from his wife and has three kids.

The actress further accused the pastor of paying bloggers to spread lies about her.

She wrote: “I fuck up yes, I owe my mistakes. But I won’t lie anymore. Nigga said he was separated. I didn’t meet a married man, I met a bizman with 3 kids them. Long story, stay away from liars.

“Who asked you 20m? Will 20m solve what you did? You all are shameless. 1 billion won’t prepare for the betrayal. You are such a drama, King Johnson.

“Every month only you. How do you sleep? You paid of the blogs only you. God forbid. Look for lies and send them to your bloggers, they need am. But you JS, you bought market sale, Emperor Sule, allow me rest Biko”