Civilians Have No Right To Retaliate To Police Assault – Force PRO 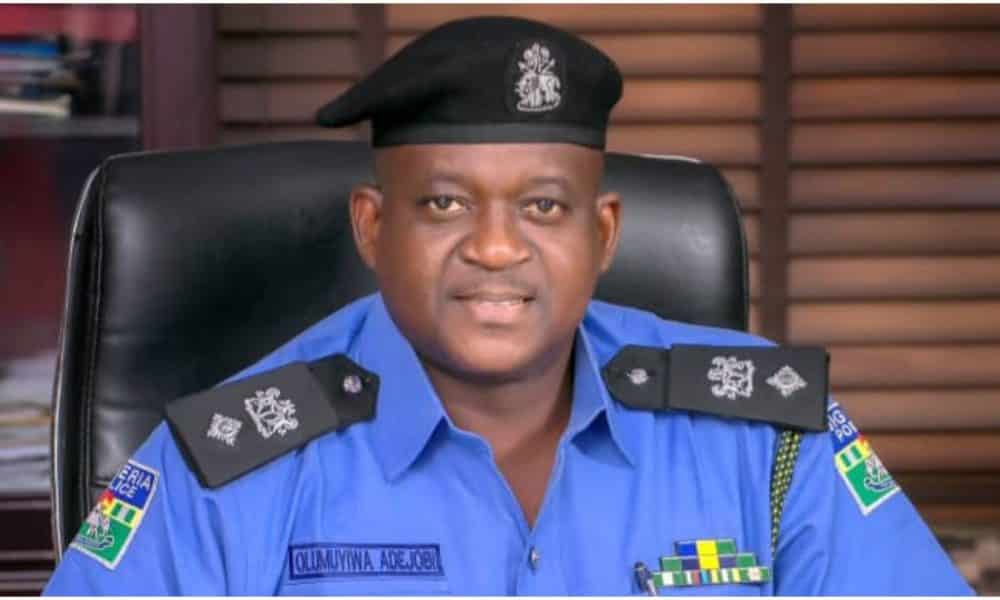 The Police Force Public Relations Officer, Olumuyiwa Adejobi, says Nigerians have no right to retaliate if a policeman slaps or assaults them.

Adejobi was reacting to a viral video of a man dragging a rifle with a policeman and having a heated argument over his phone, Naija News reports.

In a series of tweets via his Twitter handle over the weekend, the Force spokesman said no civilian has the right to confront police officers when carrying out their constitutional duties.

Adejobi however advised Nigerians who have suffered police brutality to file a complaint with the law enforcement agency instead of taking laws into their hands.

He pointed out that any person who assaults a police officer in uniform has disrespected Nigeria, and such a person will be severely punished.

He wrote: “Even if a policeman in uniform slaps a civilian, the civilian has no right to retaliate. More so, if he’s in uniform, it’s an act of disrespect to Nigeria to beat an officer in uniform.

“So, it’s not a case of what the policeman did that led to it, but the reaction of the civilians who actually assaulted the police.

“If police assault a civilian, you report and actions will be taken to rebuke him, not to take the law into your hands.” (sic)

“Let alone, it’s a matter of checking phones, which can be easily reported and addressed. Now they are kept in our 5-star hotel in Lagos and will be in court on Monday.

“Are you going to visit them or send them food, or appear in court to defend them? Don’t support what is bad, ok”