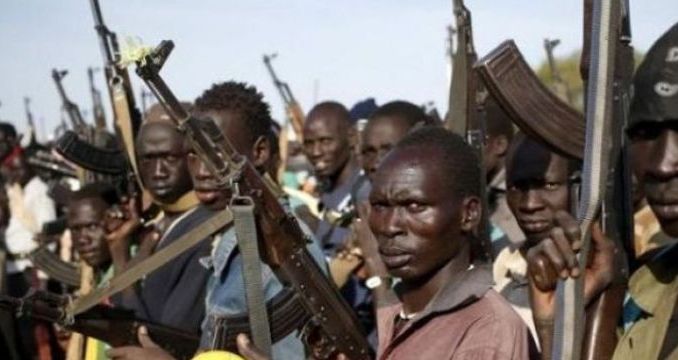 Zamfara State residents have accused both the federal and state governments of playing politics with their lives, allowing kidnappers, and bandits to operate in their communities unrestricted, Naija News reports.

The citizens lamented the growing insecurity in the state, saying that they are imprisoned in their own houses due to the activities of the bandit terrorists.

According to them, the governments refused to end banditry activities in the state for the reason best known to them.

Speaking on behalf of the residents of the Dansadau axis, Mansur Dansadau who spoke with Daily Post said there would be near to zero voter turnouts in the state in the forthcoming 2023 elections if the government fails to act now.

Dansadau stressed that they have been reduced to refugees in their own houses as nobody dared move out of the axis without military escorts.

“Honestly, we are in prison, suffering for the crime we did not commit and the government continues to make empty national propaganda,” the citizen told journalists.

Dansadau noted that there were some communities in the area where bandits collect levies. According to him, the assailants are paid millions by villagers to allow them to carry out their farming activities.

He said the community members were complying with the payments for the fear of possible attack, Naija News reports.

Dansadau added: “Both the Federal and the State governments should stop pretending as if nothing is happening in the State, while a lot has been happening.

“The bandits are operating very freely in the State; the security operatives arrive after the dastard acts have been committed and the terrorists have finished their operations and left.

“I am very sure that in the 2023 general elections, Zamfara State will record the lowest voters’ turnout due to banditry activities ravaging the entire State.”

According to him, “there is no individual or group of persons that can claim to be more powerful than the government unless the government does not want to act.”

Most residents in Damba and neighbouring communities in Gusau Local Government Area are said to have deserted the areas as bandits constantly unleash terror attacks, kidnapping innocent citizens and demanding millions of naira as ransom from them.

Complementing Dansadau’s statement earlier, another resident, Abubakar Umaru said: “if the government wants people to come out and vote massively, the security of lives and properties should be their utmost priority.

“If bandits kill or kidnap everyone in the State, who will cast the vote for these power-drunk politicians?”