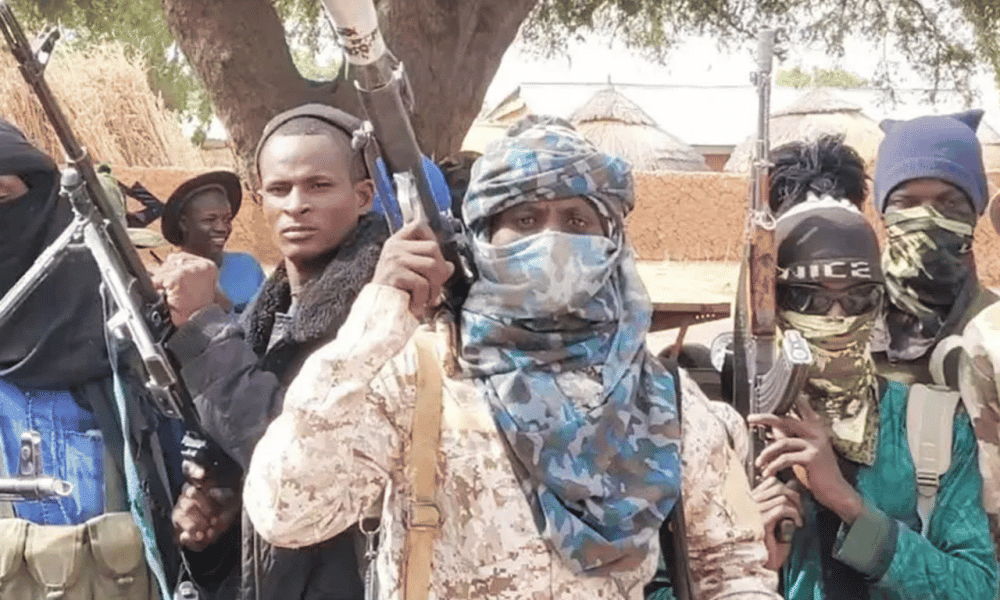 Recall that many attendees were trapped in the attack that was carried out following intelligence about the gathering of the bandits at the location.

A source at the ceremony had disclosed that the event was a naming ceremony for a baby born to Turji’s family.

It was gathered that the bandits were killed during a ‘surprise raid’ by the air troops of Operation Forest Sanity.

However, Turji and most of his close associates reportedly escaped the attack, having left the spot to observe the afternoon prayer (zuhr) just before the strikes.

“He (Turji) directed that they should observe the prayers. Those who didn’t leave for the prayers were hit by the bombs,” a source in Shinkafi told Daily Trust.

The escape on Saturday was the second time the bandit leader had escaped such an assault. In December 2021, a NAF bomb targeted at his camp hit some of his fighters, wounding many and killing at least one person.

The bomb was said to have been dropped moments after Turji had left his house.

A source from the nearby village of Dangondi, who was among those who escaped the Saturday airstrike, told Daily Trust that many people were killed but did not give figures. He said those killed were buried after the commotion from the attack died down.

“Some young men were killed. There were also women and children who had gathered for the ceremony,” he said.

It was gathered that the attack on Turji was carried out following intelligence information provided from Turji’s rivals from the nearby Maniya gang.

Recall that Turji led his men to attack the enclave of the bandits in Maniya i June this year, killing one of the leaders in the area known as Dullu.

The attack by Turji followed a series of warnings to the gang in Maniya to desist from waylaying travellers and attacking villagers after he had struck a ceasefire deal with the locals.

“The strong suspicion is that the Maniya boys snitched on him when they heard of the gathering. You know, the two sides have been at each other’s throats.

“Even about three weeks ago, he sent them a warning about some things happening around the area,” a source in Shinkafi who declined to be named said.

Naija News understands that there is panic among residents of a possible reprisal attack from Turji and his men over the bombings by NAF.

But dismissing fears of reprisal attacks, Director of Defence Information, Major General Jimmy Akpor, said the military “will continue to maintain the heat” on the bandit groups.

“Operations are going to be sustained both by air and ground troops.

“Government institutions have a constitutional responsibility to keep the environment safe and that we must do,” he told Daily Trust on Sunday night.