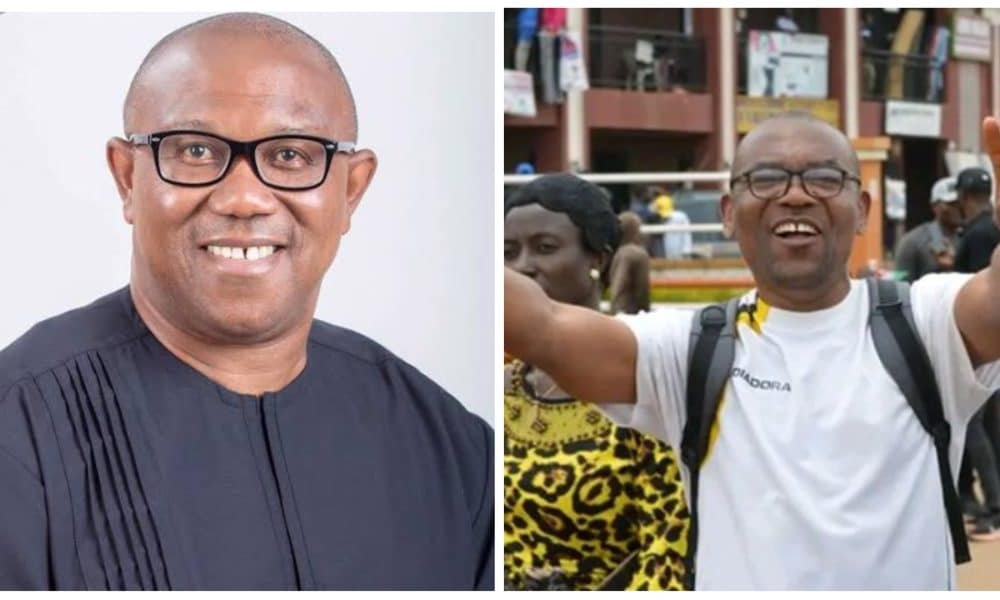 A photo of a yet-to-be-identified man who shares a striking resemblance with the presidential candidate of the Labour Party (LP) Peter Obi has caused a stir on social media.

Naija News reports that supporters of the Labour Party took over the entire Secretariat Junction in Plateau State on Saturday, trooping out in large numbers for the two million-man solidarity march to drum up support for Peter Obi.

Amongst the mammoth crowd who adorned themselves in T-shirts with various inscriptions in support of Obi-Datti’s presidential bid, is a lookalike of the former Anambra governor who held tightly in his hands, a flag of the Labour party.

The man in the photos captured, shared similar facial features with Peter Obi, thereby causing a stir among other supporters of the former governor who jostled to take pictures with him.

Others likened the man’s to be Peter Obi’s doppelganger. 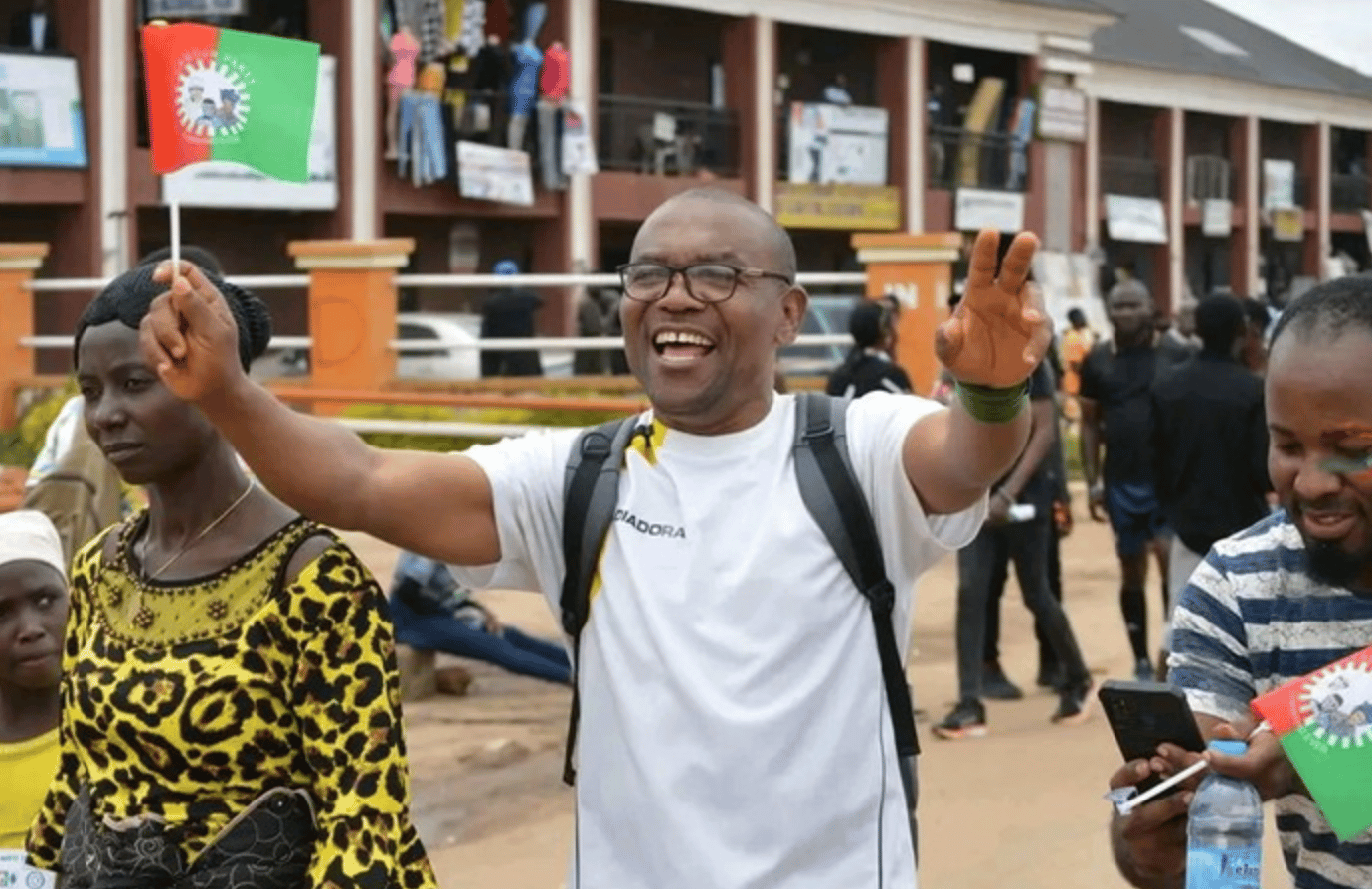 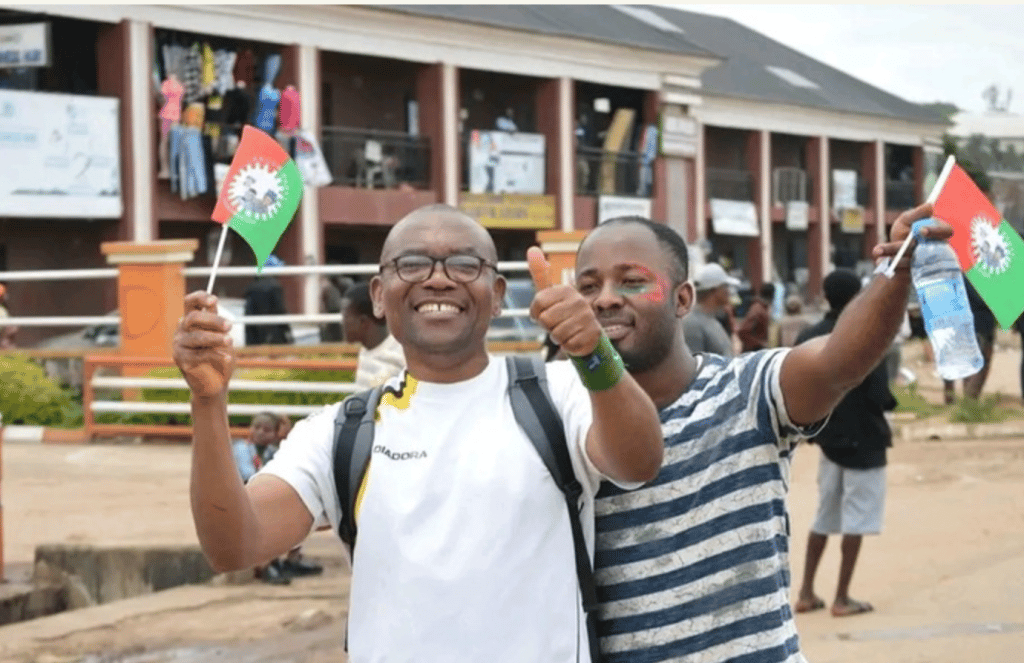 Reacting to the photos, one Exellency wrote; ‘’That young man has made it in Life for that resemblance only, got same resemblance with Great Obi is not a small thing

The smile on his face shows he’s a happy man, I’m glad”

Ikdaddy01 wrote; ‘This guy needs to go and ask plenty questions oh. The resemblance is 100%’

Rollon wrote; ‘This is the peter obi my friend spotted in london’

dJack wrote; ‘Handsome man. He is already an Obidient supporter.’

Wibus wrote; ‘I personally would not mind looking like PO.’