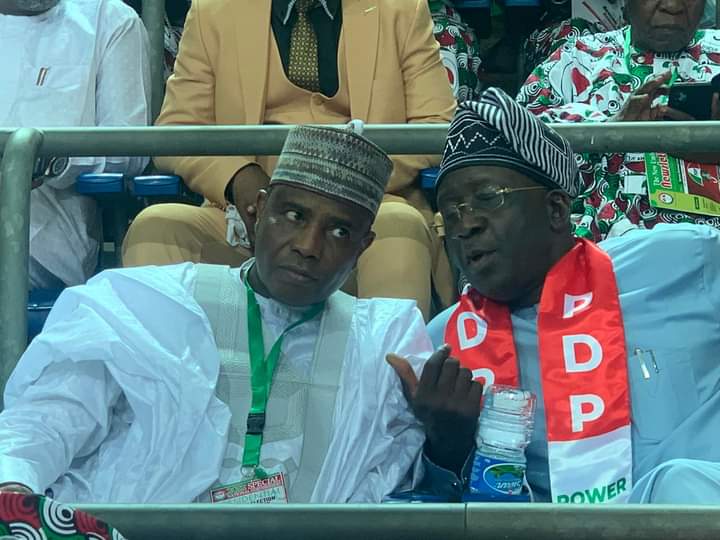 A Board of Trustee (BoT) member of the Peoples Democratic Party (PDP) has faulted the composition of the party’s Presidential Campaign Council.

Naija News reports that the PDP and its presidential candidate, Atiku Abubakar, had named Governor Aminu Tambuwal of Sokoto State as the party’s campaign Director-General. They also named Governor Udom Emmanuel of Akwa Ibom State as the Chairman of the campaign council.

Faulting the composition of the PDP campaign council in an interviewwithVanguard, the BoT member, said it is an attempt to undermine the party’s National Chairman, Senator Iyorchia Ayu.

The party leader, who spoke on the conditions that his name won’t be disclosed, said: “The responsibility of the National Chairman is to lead the national campaign, as far as I am concerned, they are undermining the national chairman by appointing a governor to supervise the campaign. It is an aberration. When we get to any campaign venue, will the governor be the one to raise the hands of the candidate up?

“They are compounding more things and making more mistakes. Rather than face the facts, they believe the position we in the South West are looking for is not important. Why are they doing that? The chairman speaks at every campaign venue and he gives out the party flag.

“You set up a campaign council and you put the national chairman under the Director-General of the campaign council, who is like an administrative officer. Is that how they will behave when they get to the Villa?”