2023:They Will Have To Sweat For Votes – Moghalu Predicts States Obi, Tinubu And Kwankwaso Will Win Massively 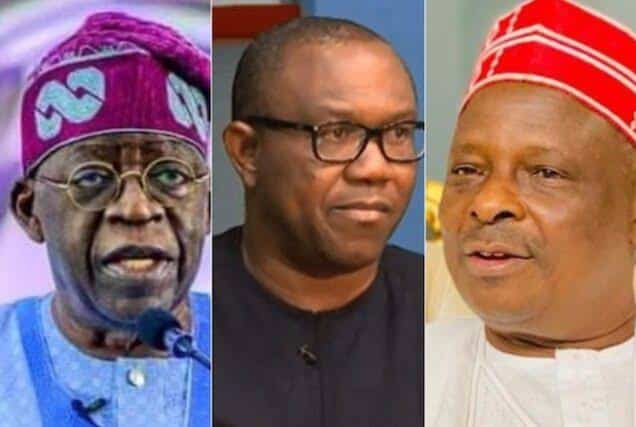 A former presidential aspirant of the African Democratic Congress, Kingsley Moghalu, has predicted the states some of the 2023 front-runners will garner huge votes.

Moghalu stated that the presidential candidate of the All Progressives Congress(APC), Bola Tinubu would poll majority votes in Lagos State, Labour Party (LP), Peter Obi would win in Rivers State, and Rabiu Kwankwaso of the New Nigeria Peoples Party (NNPP) would garner most of the votes in Kano State.

The former Deputy Governor of the Central Bank of Nigeria, CBN, stated this via a series of tweets on Friday.

According to him, it’s a good thing that politicians will have to sweat for votes in 2023.

“Three of the four most populous voting states in Nigeria. This scenario leaves the election outcome uncertain.

“Anyone who tells you who will win the presidential election “for sure” is deceiving you -or perhaps himself or herself.

“That’s a good thing for democracy. Let the politicians sweat. We can only hope that they sweat to govern as much as they sweat to win.

“There are other large vote-population states like Oyo too (although its PDP Gov is not with Atiku as of now). Kaduna and Katsina, although both are strong APC states. But we can never know what will happen for sure.”