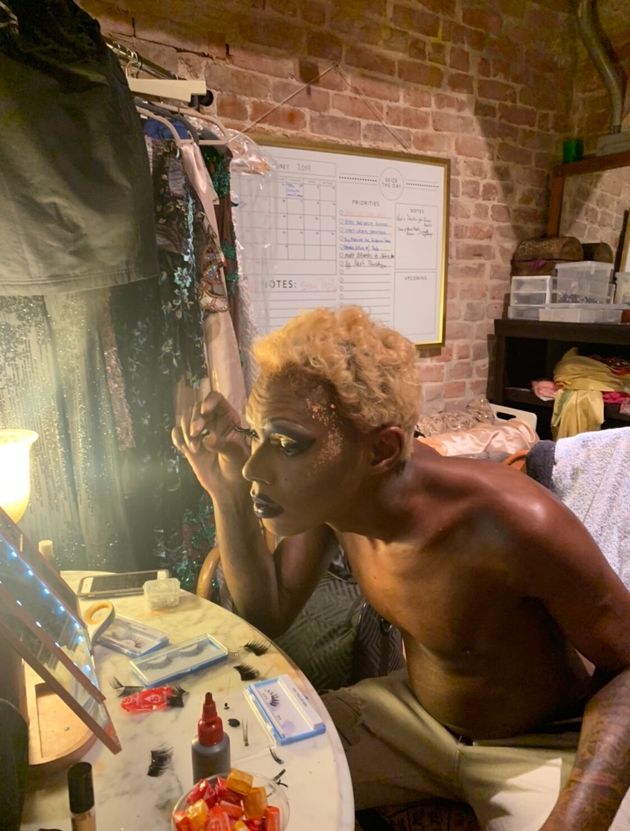 “RuPaul’s Drag Race” shifted the landscape of drag, pulling talented queens from their local bars and catapulting them into international stardom. Before filming, the incoming “Ru-Girls” typically incur a massive personal debt to hire designers and buy materials to prepare for the show’s gruelling challenges.

But when Chi Chi DeVayne, the luminescent swamp-queen from Shreveport, La., first emerged into “the werkroom” in 2016, wearing a garbage bag she’d sculpted with her own hands into a gorgeous couture gown, she made a powerful statement: It doesn’t matter what you have or where you come from, it’s what you do with it that counts ...

On Thursday, after being hospitalized for several days, Chi Chi died of pneumonia at age 34. The world lost a charismatic, fearless and inimitable star; I lost a dear friend. Her loss is devastating.

Chi Chi was the OG Unconventional Materials Queen who could literally spin trash into treasure and who gifted us with the greatest, most heartfelt, lip sync of all time with Jennifer Holliday’s “And I Am Telling You I’m Not Going.”

Week after week, she gave the show everything she had: back flips, front flips, lip-synching while twerking in an upside-down handstand. There seemed to be nothing she couldn’t do. She may not have won her season, but she won the heart of viewers and became an international star, going on to tour and performing in cities like Rio, Los Angeles and Montreal.

But there was a side to Chi Chi ― whose non-stage name was Zavion ― that was very low-key.

I first got to know the Drag Race alum when I reached out as a fan via Instagram. At the time, I was working in New Orleans, doing research for the “Queer As Folk” reboot, for which one of the lead roles was written specifically for Chi Chi. We became fast friends, and our friendship deepened as we travelled from New Orleans, Chicago and L.A. to Montreal together, while working on various projects, both independently and together.

I’ll never forget our first hang at a terrible lobster bar off Bourbon Street. She had driven the entire day from her home in Shreveport. When she walked through the door, she was nothing like I expected.

That charismatic personality and fearlessness we all saw on TV was noticeably muted out of drag. Zavion (Chi Chi went by both names and flipped between she/her and he/him comfortably) looked boyishly conservative in a backwards hat and high tops, but it was his timid demeanour that surprised me most. As I sat across the table, I remember how perplexed he was by my sparkly pink socks. 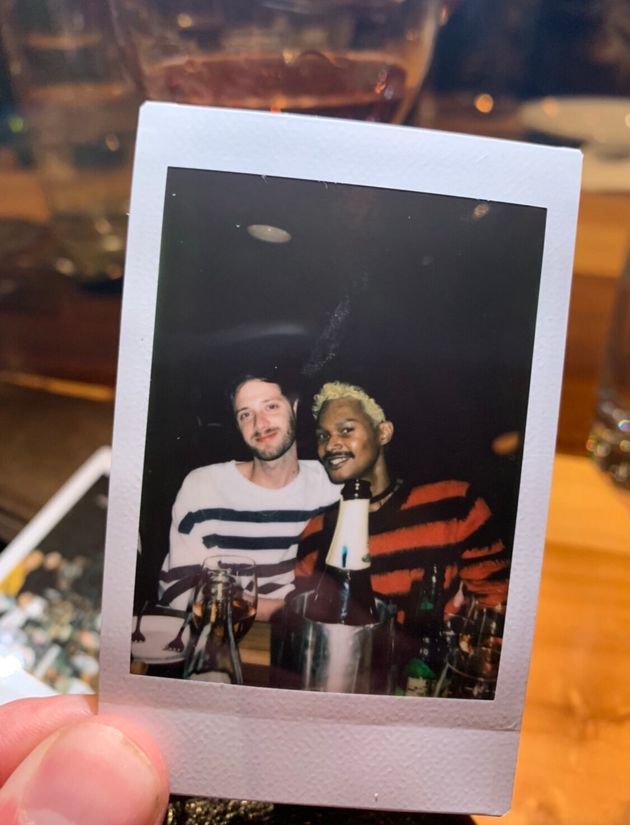 Zavion explained that in Shreveport, where he grew up and first made a name for himself locally as a Black drag performer, there was no room to express femininity out of drag, not even by putting on sparkly pink socks. Chi Chi got to shine in the spotlight, only because Zavion was so dedicated to building her in private, while juggling two jobs in the service industry.

Chi Chi was cautious around me at first because I was white (she described a strong cultural divide in Shreveport). We bonded, ultimately, over a shared love of witchcraft (She had often wondered if she was a witch ― a trait that skipped a generation in her family).

She was an easy person to like: someone who found pleasure in surprisingly down-to-earth things like gardening and her cat, Maddox, whom she would watch on her security cam when she was out of town. (She was also constantly on watch to see who was stealing her mail ― it was almost compulsive!) When she wasn’t absorbed in security cam footage, she loved watching camp films, like “Little Shop of Horrors” and “Death Becomes Her,” and action movies too ― disaster movies were her favourite.

Competing on “Drag Race” Season 8, and then again in the “All-Stars” Season 3, finally allowed Chi Chi to support herself full-time as a drag artist (as well as supporting some of her friends and family). But, a scleroderma diagnosis in 2018 created further division between Chi Chi and Zavion.

Scleroderma is a rare and incurable autoimmune disorder that causes a tightening of the skin and joints and a hardening of the internal organs. As the disease progressed, all of the on-stage gymnastics Chi Chi was known for slowly began to slip through her fingers. Backflips and drop splits were now out of the question – even just putting on a pair of tights or getting on stage was sometimes a struggle.

Chi Chi was constantly discouraged from going public about her condition for fear it would limit bookings. But, as her health deteriorated and her fans grew increasingly concerned, she couldn’t keep quiet any longer. 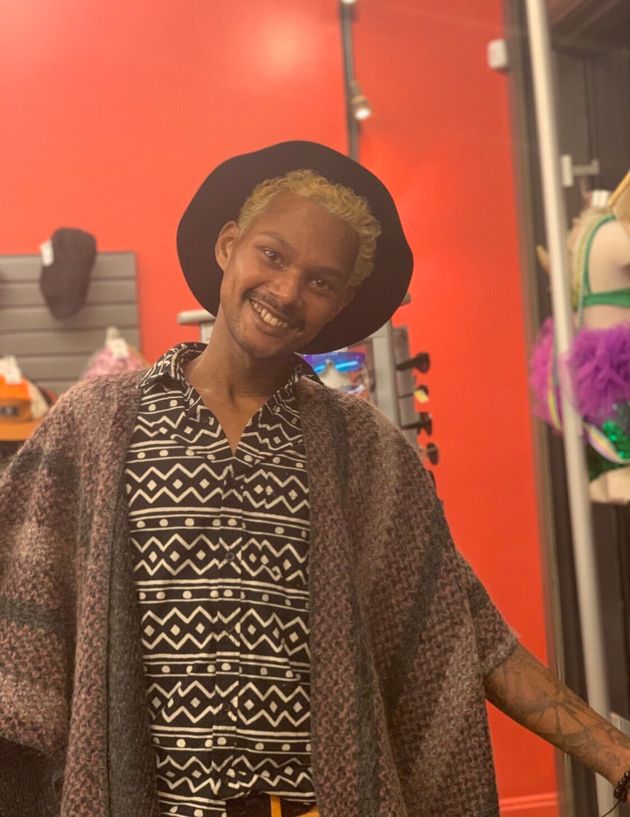 She spoke openly about her struggles, becoming an advocate for Scleroderma awareness, and she vowed to switch up her drag, adapting to the limitations of her own body. And there were a lot of limitations, but Chi Chi kept finding new ways to evolve as an artist – taking a page from her own book: It doesn’t matter what you have, it’s what you do with it that counts ...

Chi Chi was incredibly kind and caring to her friends and family, even while battling pain and decreased mobility. Last year, at a time when getting into drag had become more of a challenge, the minute she found out my mother went into hospital, she leapt into quick-drag to record a video message to help lift Mom’s spirits.

WATCH: Chi Chi’s get-well-soon message in the fourth slide below.

Her heart was big. Her talent was incomparable. Her future was bright. She still had so much left to do.

Earlier this year, Chi Chi lip-synched in the final scene of an episode I made for the anthology series Little America, called “The Son.” She fought through her pain at the time to deliver a chilling performance that shook the entire cast and crew.

Chi Chi often confided that she feared she would be forgotten due to her limitations, as her health deteriorated.

The moment we wrapped she turned around with tears in her eyes and said, “I never thought I’d have the chance to do that...”

She had completely surprised herself. But she didn’t surprise me.

I love you so much Chi Chi/Zavion.

You will never be forgotten. 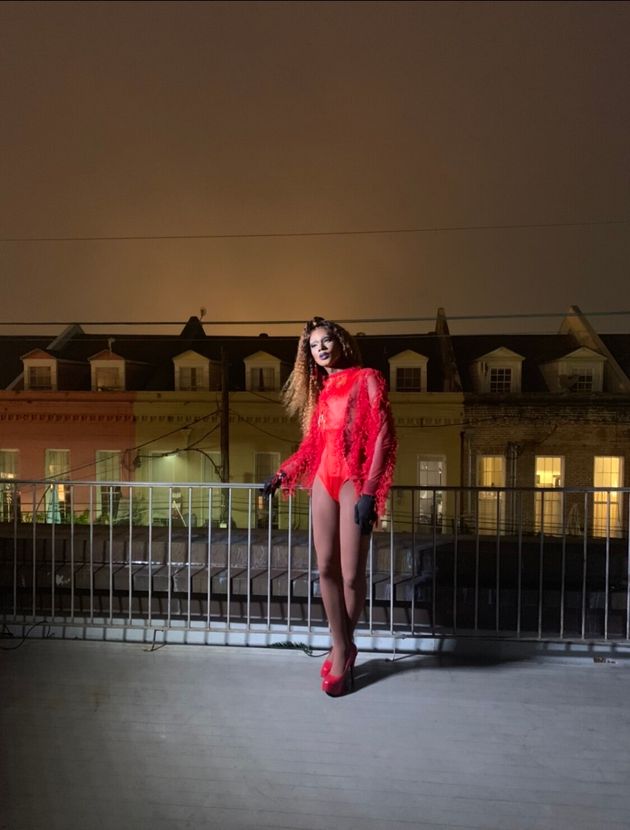